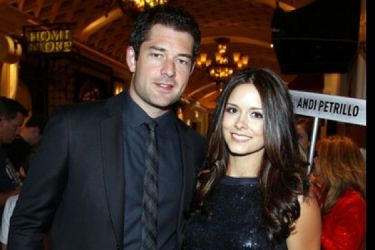 Brian Elliott’s wife Amanda Elliott apparently came up with the idea for Brian to take a selfie during the all-star skills challenge. I wouldn’t exactly say she entered groundbreaking thought territory, but she did lead to the crazy number of shares and retweets that he got. I guess this picture qualified as “viral” but I don’t know the official metric. 25,000 retweets seems like enough to me.

So Amanda is a beautiful woman, and she is a rabid fan of Brian and the Blues. The couple has a dog that looks like a golden retriever poodle mix (odd combination), and they posted a photo recently of Brian snoozing on the couch, and the dog was at the other end of the couch under the covers with Brian and acting as a foot warmer. These guys manage to take some entertaining social media fodder. Amanda herself seems to be fairly shy of the camera or at least of sharing photos on her Twitter account. One cool thing Brian Elliott’s wife Amanda Elliott did get to do with Brian recently was take a crazy nice vacation to Turks and Caicos Islands, which is north of the Dominican Republic. She tweeted a photo of the place where they were staying, and it looked pretty extraordinary. These athletes and their wives are just like you and me on vacation– they like to lounge around and take in some rays. I guess the vacation was cut short, though, so that they could make the all-star game.

Their adventure continued, though, when they flew back to Turks and Caicos so Brian could take a selfie with Amanda in the background in the same way he’d just taken it with Vladimir Tarasenko in the background. As you can imagine, Amanda looks pretty darn nice in a bikini. I kind of think this couple is one of the best looking in all of the NHL when they clean up and put on their nice threads. 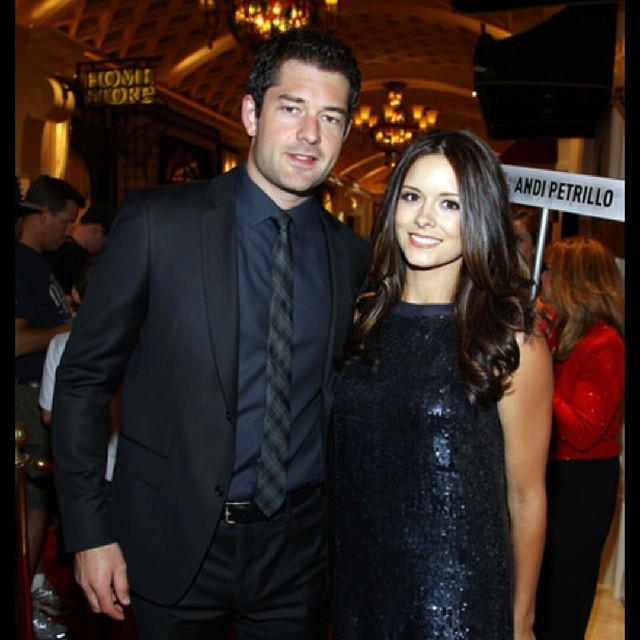