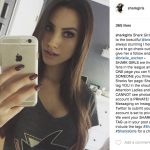 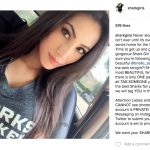 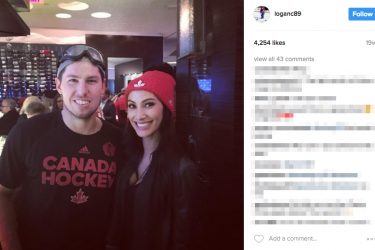 We received a solid tip about Logan Couture’s girlfriend Brielle Eschen. The info checks out, and we can confirm they date each other. Well, we can confirm they know each other,… well at that. Logan likes everything she posts on social media. However, He only recently felt comfortable enough to post a picture of the two of them together. Logan brought Brielle to an Oakland A’s game, and that is strong evidence. His teammates also attended with their girlfriends. She is clearly visible in the footage Logan posted on his website. By the way, if you are a Logan Couture fan, his website is extremely comprehensive. It’s the best hockey player website by the actual player I found since it catalogs everything he does.

Only in September of 2016 did Logan Couture’s girlfriend finally appear on his social media. It was a glorious day of reckoning for her. She fought hard to achieve official status. I believe she may also appear in a photograph he posted in a pool with a bunch of friends, but it’s entirely unclear since you can’t make them out. It was only back in August of 2015 that he referred to his border collie, Molly, as his girlfriend. What a long way Brielle traveled to overtake the border collie (known as the cleverest of all dogs).

Obviously Logan Couture’s girlfriend was a secret for awhile. The fan who tipped us off believes they dated for a long time before her social media unveiling. She already preemptively turned her social media settings to private. This is standard practice for a player wife or girlfriend, and I recommend it to all. You don’t want skeevy rando bloggers poking around in your photos! I should add that Brielle loves to attend Logan’s games whenever she can. He provides the tickets whenever she is in town or whenever it is convenient. That’s a great perk if you like hockey. 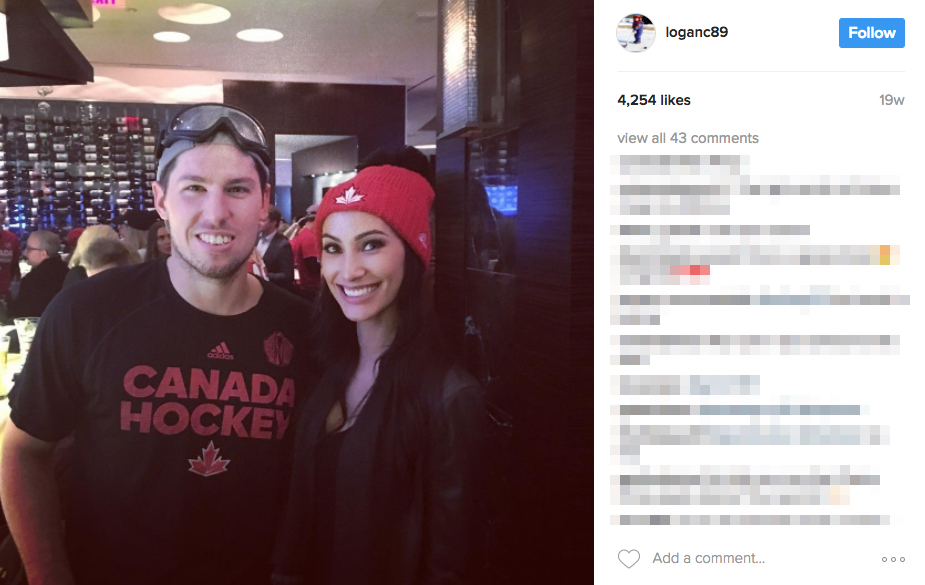