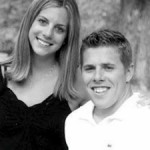 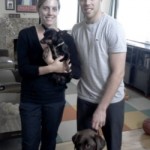 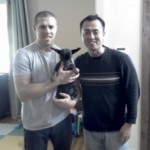 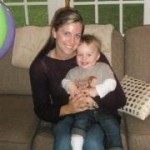 Joe Pavelski’s wife Sarah Pavelski has really only ever been with her husband. The two went to high school together in Waterloo, making a great story of high school sweethearts marrying. In October of 2010, Joe and Sarah had a son, Nathan Pavelski. Joe Pavelski compared coming home to see his son everyday to being a kid on Christmas morning, filled with excitement. Speaking of excitement, Joe and Sarah made one family very happy a short while back when they found someone’s lost dog and returned it to them. It turns out that the dog ran about a mile away from its owner’s house only to be found by Sarah and Joe and returned to the relieved owners.

Their son Nathan has already started skating in preparation for his potential journey to play pro hockey, but the biggest highlight for the Pavelski family will be coming with the Olympics in Sochi this year. For the second straight Olympics, Joe Pavelski has been named to the American roster. His role on the San Jose Sharks has increased this year and he has flourished under the spotlight, but come the Olympics, the spotlight will shine even brighter. Sarah will be one of many cheering on the sidelines, not too much differently than she has ever since they both attended high school.

Sarah Pavelski bills herself as a “wife and mommy, my two most important jobs” but outside of caring for her family, she is also interested in decorating and cooking (anything paleo and grain-free). 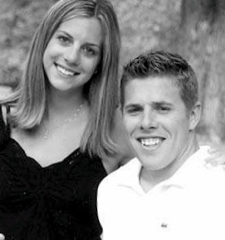