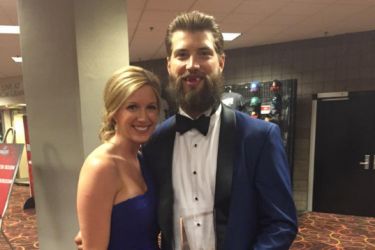 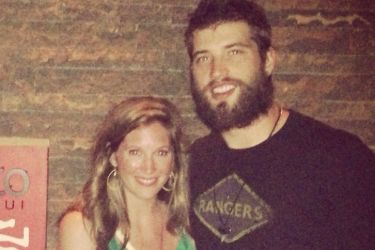 Brent Burns’ wife Susan Burns is a massive San Jose Sharks fan, as you might have imagined. The couple live in the San Jose area, and she goes to all the games. She hangs out with what she calls the “Lady Sharks” in the box where they all sit. They recently made some shark teeth and posed for a pretty cool photo that she captioned: “ready to take a bite out of our next opponent.” It’s good to get into sports, Susan.

Funny how that works.  Susan has had two children with Brent. Their kids are named Peyton and Jagger. I wonder what they think of “Burns Zoo.” Burns Zoo was the subject of a short documentary on Inside Hockey back in 2011. It’s the home of the Burns Family in Saint Paul, Minnesota. They live there in the off-season. They call it Burns Zoo because Brent has got like eighteen thousand animals there. Okay so I exaggerate a little but the man loves his animals. Brent Burns’ wife Susan apparently did not appreciate him freezing his favorite chameleon while he waited to have it stuffed. I’m not kidding about him having a lot of animals in his house, though. At the time of the documentary, he had forty snakes he was keeping in his reptile room. He’s got multiple rooms for different classes of animals, folks. Parrots and turtles and poison fish and you name it.

It’s not just the beard that makes him awesome

Susan has said of Brent that he is “the most caring, generous, loving. funny, crazy, spontaneous, amazing man.” She’s into him! She’s also really into being a mom. She says she likes to spend time with her family, run, drink, and have fun. I like this couple. They’ve got personality. She has to take care of his pets when he’s away. Now that he lives in San Jose, I wonder if he moved his giant collection of animals so that he can take care of them there? He probably searched for a special place or had it built. 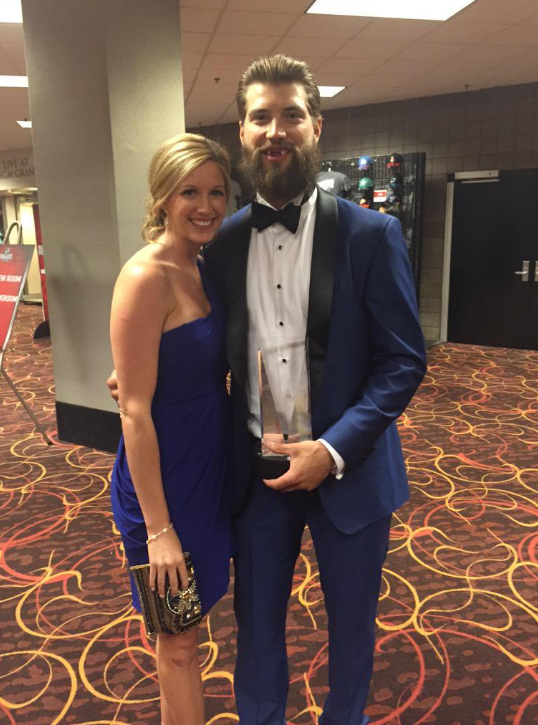