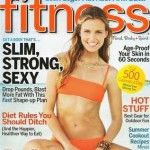 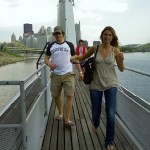 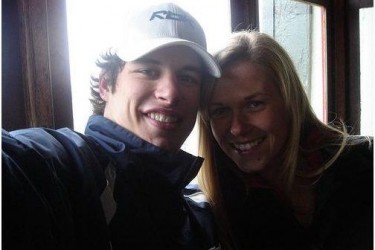 Here’s a question for you: how do you work as a top international model and stay out of the public eye? In the case of Sidney Crosby’s girlfriend Kathy Leutner, you don’t engage in social media of any kind. She values her privacy and doesn’t want to share every little thing about herself. Sidney Crosby is the same way. However, we know quite a lot about both of them since they’re famous. A lot of websites speculate they started to date back in 2008, but no one really knows for sure. It surprises me journalists haven’t just asked him about their relationship. Usually when a hockey player does a long-form profile for a sports magazine, it comes up.

For a long time, no one had any idea if the relationship was legitimate. Not only is it legit, but it’s been growing throughout half his career. Sidney Crosby’s girlfriend Kathy kissed him on the ice right after the Penguins won the Stanley Cup in 2016. One of the only other clips of her on video is a brief profile from an old Sports Illustrated website. The profile clip features Kathy talking about when she feels sexy. It’s also the reason people know how she started to model. She began at age 18 after a modeling scout approached her in a store. A classic tale of hotness found!

Since the clip from Sports Illustrated is the only interview footage there is of her, we only know a few of her opinions. First, she said she feels sexy when she feels happy and comfortable. That makes sense. Second, she said the things that make her happy are family, friends, and memories. Sidney Crosby’s girlfriend also mentioned she keeps a fond memory of the first time she traveled to Rome to model. Neither Sidney or Kathy ever say anything about each other anywhere! This is the reason people had no idea if the relationship was real or not. One kiss on the ice put the doubts to rest! 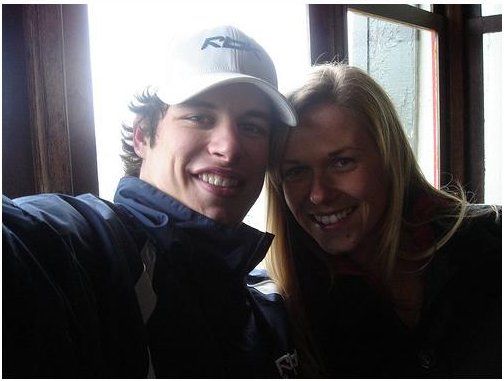