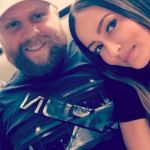 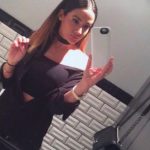 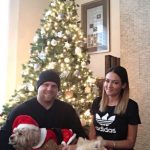 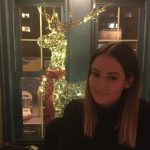 Phil Kessel’s girlfriend Sandra Pereira is a self-described food enthusiast who gets clothes gifted to her by the by. She has about 3000 followers on Instagram, but my guess is her goal is to pump that up as much as she can. She takes a lot of selfies, and she posts a lot of pictures of her dog, Coco. The dog itself is one of those tiny little cute furries who you can’t help but like. It appears Phil also has a dog who looks a little like Benji from the old Disney television show.

Sandra goes to a lot of sporting events, and that includes other sports too. She’s been to the Pittsburgh and Blue Jays game this year, and she was rooting for Toronto over Pittsburgh. I suspect we have a Canadian native in our midst. Would it surprise you? She’s dating a hockey player, but Phil’s from Wisconsin. Sandra also posted a picture of Toronto and went on and on about how much the Blue Jays deserve a World Series. So yeah, it’s pretty much a lock that she’s from there (especially it’s since Phil used to play there). Phil Kessel’s girlfriend dressed up with him in old-time tennis gear for Halloween. Other blogs seemed to take notice of that picture since it made Phil look pretty silly. Being silly with your hot girlfriend is what Halloween is all about!

It’s nice to have a girl from Canada who appreciates a hockey player’s talents! That’s not to say Sandra doesn’t think Phil is good looking. Phil Kessel’s girlfriend Sandra likes to go to music concerts as well. She attended Drake in 2015 and Coachella that same year. She also hit up Vegas (as all good sports girlfriends should do at least once a year) and proclaimed it a boring time. I guess she’s not a gambler? It appears she only started dating Phil in 2016 since there are no photos of her with the big fella’ in 2015. Instead, there’s a bunch of photos with her and a couple of her traveling pals. She seems to be the type of girl who knows how to have fun and likes to mix it up. 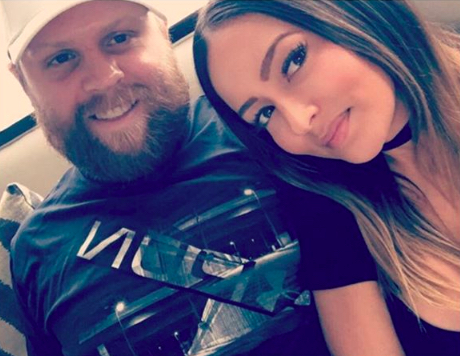