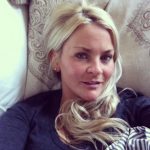 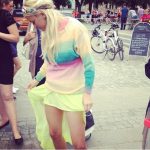 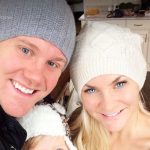 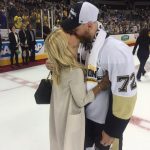 Patric Hornqvist’s wife Malin Hornqvist gave birth to their first child, Isabella, on my birthday in 2014. Isabella popped out in March and started a new chapter in their lives. The couple first met back in Stockholm, Sweden. Patric used to practice on the same ice as Malin practiced since she used to figure skate. Because of this connection, they began to develop a rapport together. She said they couldn’t stop staring at each other because the attraction was immediate. That’s always a good sign!

They married back in Stockholm on July 27, 2015. The plans started after Patric Hornqvist’s wife said yes to his proposal at a spa. He surprised her with a trip to the swanky place, bought dinner, and they stayed the night at the hotel. According to Wedding Style Magazine, he popped the question in the room and she said yes. That happened in 2012, and it took them three years because they wanted everything to be perfect. Weirdly, lightning struck the church they married in right when Patric began to recite his vows. After the ceremony, they all went outside and found the rain stopped and the sun shined the rest of the day.

Both Patric and Malin love to take care of their baby girl. Patric said she gives him a happy energy because after a loss he comes home and sees her smiling up at him. That’s a touching sentiment. Patric Hornqvist’s wife is amused by the nickname his teammates gave him. They call him “Horny.” He didn’t choose it and it’s catchy! Of course, Malin loves to watch the games and bring Isabella when she can. You can bet she will go to as many Finals games as possible. She is a full-fledged member of the tight group of player wives and girlfriends in Pittsburgh. They sport their snazzy Penguins varsity jackets together!