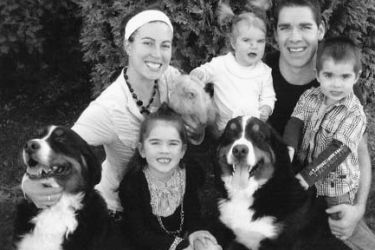 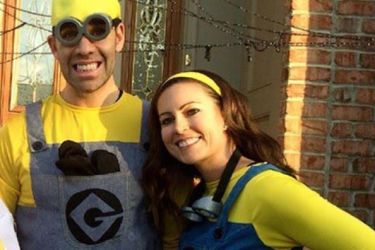 Pascal Dupuis’ wife Carole Dupuis​ is the mother of their four children, Maeva, Kody, Zoe, and Lola. HBO Sports actually featured the Dupuis family’s homelife on their show. They live in a suburb outside of Pittsburgh with two dogs and a cat, speaking French to each other and then switching to English at random intervals. I wonder if the dogs respond to both French and English commands. It’s always funny to me to see a dog responding to French commands, for some reason. By the way, the two dogs are Bernese Mountain dogs, in case you’re wondering.

I watched a video once of Pascal Dupuis pulling his own tooth out after he got smacked in the face during a game. He sat down in the players’ box and his trainer came up to him and asked if he wanted him to hang on to a tooth so he didn’t lose it, so Pascal pulled it out and gave it to him. It was fairly disturbing. Most NHL hockey players have what could be termed “dental issues.” But that is not a problem for Pascal Dupuis’ wife Carole, thank God. She has all her teeth and nobody smacks them out of her mouth. She’s always busy taking care of all their little kids. The oldest one is Maeva and she is 11 years old now.

During Valentine’s, Carole helped the kids make Valentine’s Day cards, and some of them were for Pascal. That’s the life of a mom of four, I guess. You help your kids make some cards with hearts on them, and then you turn on a big flatscreen and watch some hockey. It’s not a bad deal. For Halloween, Pascal dressed up as one of those minions and Carole dressed up in some kind of overalls and yellow shirt. I guess she was like a companion to the minion? They’re friends with Chris Kunitz and his girlfriend, so they all celebrated Halloween together. The whole family moves to Quebec in the offseason, but Carole told Pascal that he was allowed to go look for another team in another city but that they considered Pittsburgh their home. That’s a bit of a passive-aggressive way to say “please don’t make us move away from Pittsburgh.” The Bernese Mountain dogs consider Pittsburgh home! 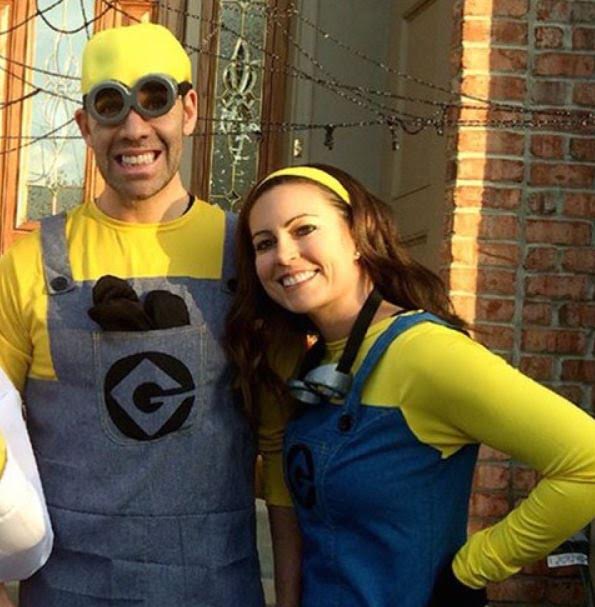