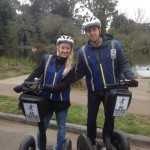 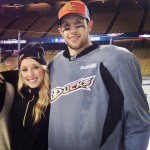 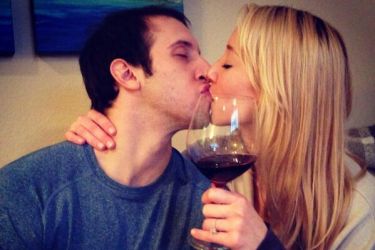 Nick Bonino’s wife Lauren Bonino’s European jaunt this postseason included a stopover to the sinking city of Venice, Italy. This was just one of those getaways from the lovely city of Vancouver, which was their home until very recently when Nick was traded to the Pittsburgh Penguins. So now I don’t know what their plan is, but I imagine they’ll be packing up and moving to Pittsburgh or one of the surrounding areas. Hey, you could do a lot worse.

The couple got engaged on July 1, 2013, but I’m not sure when their wedding took place. In March of 2014, Lauren had a joint bachelorette party with one of her friends at a place called Bootsy Bellows, owned by Mr. Coutney Cox, aka David Arquette. These NHL wives travel so much you can’t assume they’re ever in their home city. For a long while Nick Bonino’s wife Lauren Bonino was living with him in Anaheim, and she was doing the whole Lady Ducks thing where they get together and have a fashion show to raise money for a hospital. Last year while they were still Ducks people, Nick and Lauren drove around California on a kind of tour, checking out San Francisco, Napa Valley, and some place called Carmel. That included a little time motoring around on segways (always good for a goofy photo opp).

One of Lauren’s favorite friends is her dog Kali, an Australian Shepherd who goes everywhere with the couple. The dog’s got those kind of freaky icy-blue eyes that make you think there’s a robot operating the dog, but Kali is a nice pup. On New Year’s Eve of 2014, Nick and Lauren enjoyed a glass of wine and took what I would called a sweet but awkward picture of themselves kissing, and they both sort of missed each other’s mouths. I’ve never been a fan of kissing photos, but this one is just sloppy. If you’re going to down an entire bottle of wine with your fiance, make sure you hit her lips when the camera flashes. 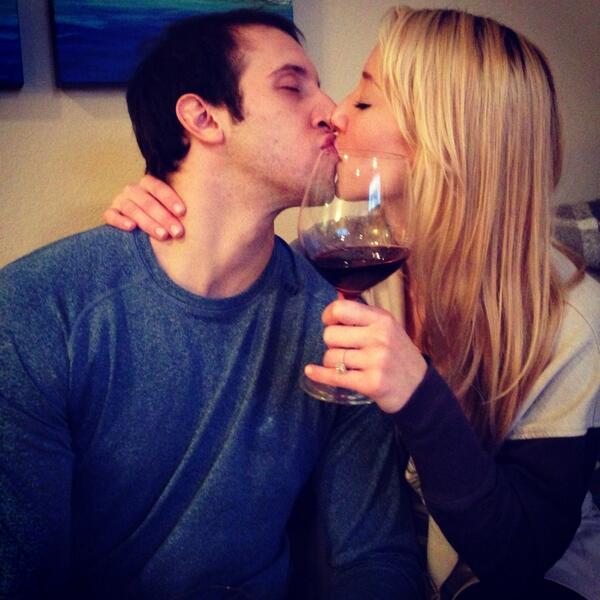