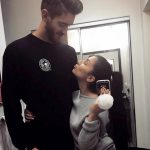 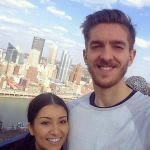 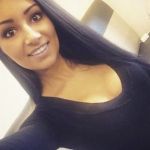 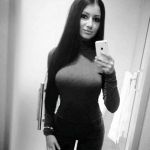 Matthew Murray’s girlfriend Christina Sirignano is a student at Lakehead University in sunny and occasionally frigid Thunder Bay, Ontario. Christina’s squad includes two small doggies, one of which appears to be a shaggy dog named Z. The other is indeterminate. I’m okay at spotting dog breeds but I don’t know them all, folks. Both the dogs are just over 1 years old. I can’t exactly tell if she got them together as a package deal, but they’re roughly the same age.

Now that we’ve gotten Christina’s canine ownership squared away, let’s talk about her social life with Matthew. It appears Matthew Murray’s girlfriend Christina Sirignano has a firm hold over a lot of their couples activities. For instance, what are the odds that he organized their trip to a painting studio to paint flowers? I’d say they’re slim. I did happen to see both of their paintings of the flowers, and Christina’s was more detailed and lush. She’s the artist of the relationship. They’ve also been known to dabble in casino trips, and Mr. Murray was actually featured on signs while they visited. It was part of a meet-and-greet. How impressive is that for your girlfriend? You go to a casino to gamble and your boyfriend is on signs for guests to meet him.

I will admit: I am a big fan of this chick. She’s got that cool but energetic vibe. Matthew Murray’s girlfriend doesn’t seem to in-your-face either. She seems like a down-to-earth girl who likes to smile. It’s hard not to dig that, right? Murray and Sirignano have known each other for quite some time, it seems. They may have even been dating before he was drafted since they’re both from Thunder Bay. Many of her pictures of them together date back years. One in particular looks like it could have been some kind of formal dance (perhaps a senior prom?). Things click nicely with these two kids. 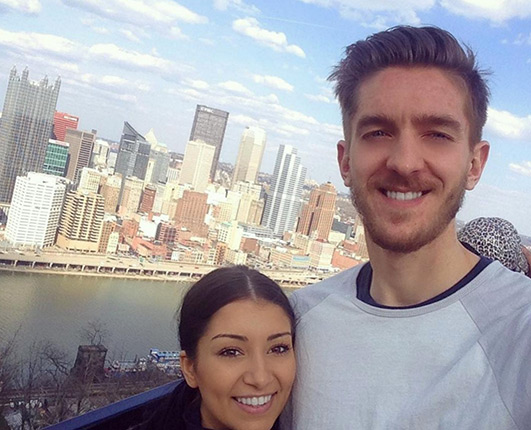