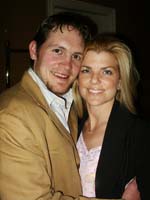 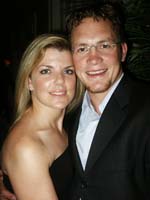 “If you don’t have family, you have nothing.” – Matt Cooke
Matt has tattoos of the initials of his kids and wife on the inside of his wrist, and above his ribcage.

The two were married in 2001, and have three children: oldest daughter, Gaby, is Michelle’s from a previous relationship, another daughter Reece Lynn and son Jackson.

Even though he’s widely regarded as the dirtiest player in the NHL, Matt has a good resume off the ice. Matt and Michelle run a charitable organization called Cooke Family Foundation of Hope. The organization was founded after the death of their stillborn niece, Hope, who was born at 38 weeks without a heartbeat in 2006.