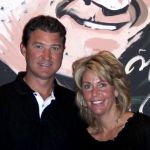 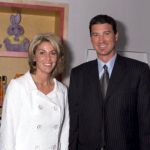 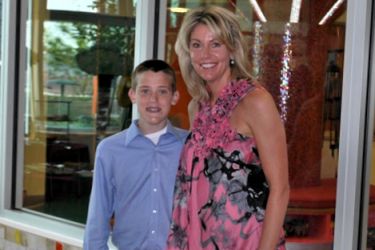 Mario Lemieux’s wife Nathalie Lemieux is the mother of their two kids, Austin and Stephanie. The kids themselves are basically best friends with the sister of Sidney Crosby. Her name is Taylor, and as you might have imagined- they all play hockey. They all play hockey a lot. Mario said they’re on the ice as often as possible, and when they’re not on the ice they’re on the pavement. Taylor Crosby plays on an all-boys team. I do think it’s pretty cool that Mario and Nathalie’s kids are best friends with Sidney Crosby’s sister. It kind of puts a human spin on pro sports.

Nathalie herself helps organize and run the Mario Lemieux Foundation. She specializes in playrooms in hospitals. This is kind of a big deal for kids since a lot of times hospitals don’t have a place for children to go and play. What they do is organize a ladies golf tournament and then put all the proceeds to the playrooms. She got the idea when their first child, Austin, was born. He was really premature and had to spend 71 days in neonatal care. Mario Lemieux’s wife is really thoughtful for coming up with the idea. She must be a pretty empathetic person.

Last year, Mario Lemieux’s wife Nathalie surprised Mario with a huge birthday bash that apparently blindsided him really bad. He didn’t see it coming at all. It was one of those ones where you show up to your house and a bajillion people are there waiting for you to walk through the door so they can yell “surprise!” I mean, what’s better than that? Nathalie set the whole thing up too. Anyway, I watched a short interview with Nathalie regarding her work with the Foundation, and she’s certainly an educated and classy lady. She even opened a military hospital playroom unit recently. That’s for military families with kids. I can tell she cares a lot for people and wants to make a difference. 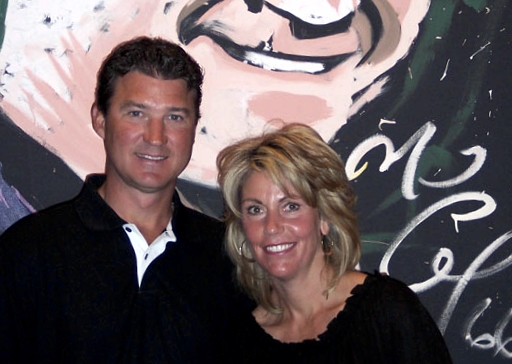