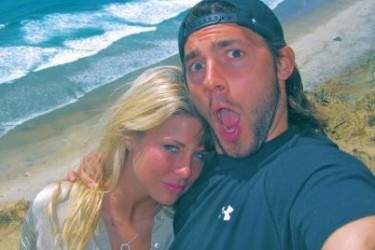 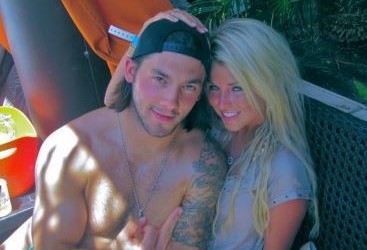 Kris Letang’s girlfriend Catherine Laflamme is hot, no doubt about it. She’s also Canadian. So it’s no upset that she ended up with a hockey player boyfriend in Pittsburgh Penguin’s defender Kris Letang. Catherine is no stranger to the hockey circuit as she’s also been linked to NHL blueliner Mike Komisarek but her relationship with Kris is a little deeper, as the couple has a son named Alexander who was born in late 2012.

For our Canadian fans some might recognize Catherine from her reality TV days. She appeared on a show called “Occupation Double” which from what I can find is a mix between The Bachelor, Big Brother and The Amazing Race. The first two I can see a connection but the Amazing Race? How does that fit with the other two? Does the cast have travel to various spots in order to attempt to hook up with another cast member? I’m really perplexed on this, not enough to watch the show but I’d like to see how that worked.

Another question I have and I’ll discuss it in the context of Catherine and her son Alex (but this goes for anyone that lives in the TMZ.com run world): How do you explain your behavior to your son when he becomes old enough to Google your name? I mean I’m sure my mom and dad did some seriously messed up things when they were younger but I’ll never find out. Alex is going to be able to toss his mom’s name in a Google search and watch video of her throwing herself at a man that isn’t his dad (probably multiple men). Hell Alex’s friends can do the same thing and watch Catherine tramp it up. Can you imagine being a 12 year old and having your friends talk about seeing your mom with someone who is not your father? I just see a future generation of really messed up kids who can find out everything their parents did when they were younger just with a click of the mouse. 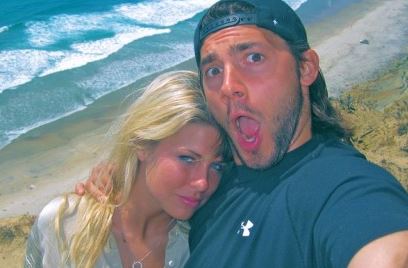