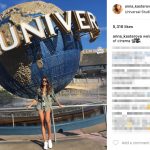 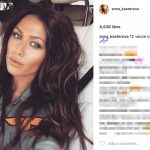 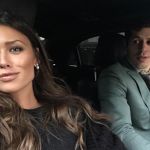 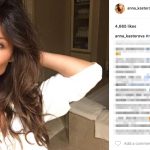 Evgeni Malkin’s girlfriend Anna Kasterova is a Russian model who possesses an exotic Russian look. Anna is also the mother of their son, Nikita. She reminds me of Vera Farmiga in a lot of her photos. Miss Kasterova certainly takes a stylish selfie and also shares a lot of her social media photos. Naturally, the couple spends a lot of time in Pittsburgh, but Anna travels extensively. In August of 2016 she went to Disney World with Evgeni. If you spend a good amount of time in Pittsburgh, a trip to Orlando is a welcome respite. Naturally, trips to Moscow come frequently in their lives when the season is over. Anna actually hosts a television show in Russia, but I don’t know how often she does that.

Anna actually posed in front of the Stanley Cup with Evgeni in Moscow. I don’t know how easy it is to transport the trophy to different continents. It must cost a fortune. Nevertheless, Evgeni Malkin’s girlfriend tagged the picture in Moscow. I think it’s very likely the couple also own a residence in Florida because they also spend a lot of time there. Anna posts pictures from Versace Villa off the Miami coast. One of the unusual pictures Anna shared is an image of her looking cool in a leather jacket and leaning against a bunch of stacked beach chairs. It’s odd since the stacked beach chairs are distracting.

In May of 2015, Anna appeared in a photograph with a Russian gentleman who appears to host a sports show on YouTube. This is likely one of her colleagues from Russian television. Anna’s show is a morning show, and I don’t think it is related to sports. They appeared very cozy together but I do not believe they were ever involved in a relationship since Evgeni appears with her two weeks later in a photograph. They actually started to date in 2013.