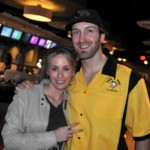 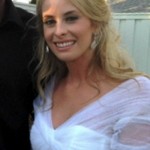 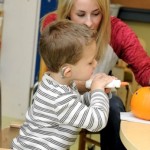 Two words describe this couple; true leaders. As the second oldest player on the men’s US Olympic hockey team, Brooks Orpik is known by his teammates as a player who leads by example. But less known by hockey fans is that Brook Orpik’s wife Erin Lilly Orpik leads by example as well.

Before Erin Lilly became Erin Lilly Orpik, she established herself as an innovator. While she was still dating Penguins’ defenseman Brooks Orpik, Erin Lilly Orpik spearheaded the Pens and Pins yearly charity event. This collaborative bowling event brings the Penguins Wives Association together with the Make A Wish Foundation, and raised 180 thousand dollars in its first three years. The most impressive aspect of the event is that Erin Lilly Orpik devised an event in which everyone from the wives to the girlfriends to the players gets involved and loves it.

But leaders are not born, they are created. And even before Brooks Orpik met Erin Lilli Orpik, she was leading the women’s UMass soccer team to victories. In her Junior year alone, Erin Lilly Orpik lead the team in scoring, with six goals and six assists for 18 points. The Ballston Lake, NY native scored all of her goals in the season’s final four games, including a school-record-tying four scores against Temple.

In their more private life, the dynamic couple combines their leadership skills when it comes to things like eating healthy. During the offseason, Brooks Orpik and Erin Lilly Orpik live on an organic farm 20 miles south of Boston, called Holly Hill Farm. The couple eats fresh produce, eggs and meat, and takes their health and Brooks Orpik’s training seriously. Brooks Orpik also hopes his teammates will learn from his example. Let’s just hope they continue to learn from his example on the ice this Olympic season and the US hockey team comes home with the gold. 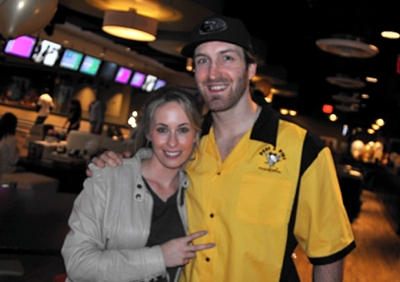