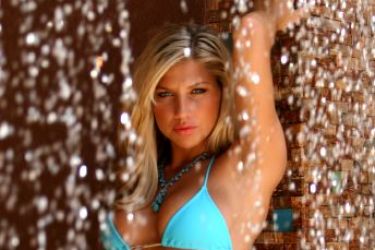 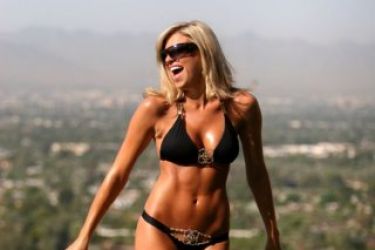 Scottie Upshall’s girlfriend Melanie Collins are rumored to have started dating in January, 2009.

Unless you’re an NBA or Big 10 junkie, there’s probably only one reason you know who Melanie Collins is.  In May, 2009, pictures from Collins facebook page began swirling around the internet.  Like most college aged kids, we learned 2 things about Melanie:  1. she likes to party, and 2. she’s dumb enough to post pictures showing just what her definition of party is.

The NBA was pretty pissed about these racy pictures of their newest addition, though they didn’t say which picture it was that set them off most.  Our vote is the one where she’s licking another chick’s ass crack.  In the NBA’s infinite wisdom, rather than firing Collins, they threatened litigation against the blog that they deemed to have started the picture circulation. In our opinion though, Ms. Collins seems to be the most guilty culprit in all of this.

How do we put this delicately?  Collins facebook photo spread shows that she may lack certain inhibitions, which figures to work well for Scottie Upshall.  Upshall is also a man who may have no inhibitions based on a comment in a radio interview.  During a live interview with a local radio station (this is pre-Collins time), he was asked if he’d ever had two girls at the same time.  His response:

“Let me just say that life is good,”

That’s just a bit of an understatement.

Collins graduated from Penn State in the spring of 2008.  During school, she worked as a bikini model for Tempe12.  In January, 2009 at only age 22, she was hired as an anchor/sideline reporter for NBATV.  Prior to that, she worked as a correspondent for all things Penn State for The Big 10 Network. 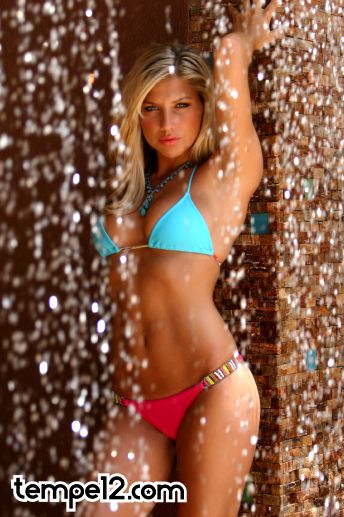