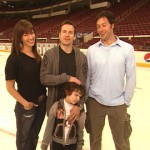 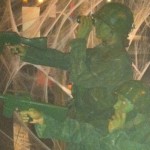 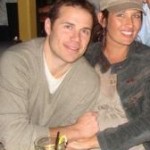 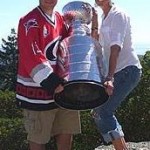 While the Phoenix Coyotes continued their improbable playoff run, they have the requisite veteran leader to look to in Ray Whitney.

Whitney has bounced around the NHL, despite being a solid contributing player. Despite multiple teams, there’s always been one person consistently been interested in Ray Whitney: his wife Brijet Whitney. When Ray made the All-Star team in 2000, he revealed that his vacation plans would need to be cancelled but that it wouldn’t be a problem wife Brijet. “You kidding? She’s a Canadian girl … A Fort Saskatchewan girl. She chased me in high school.”

The childhood sweethearts married later that year in the 2000 offseason and now have 3 children (Hanna, Harper and Hudson). For as much as Brijet has been there for her husband, he really had to step up his game in 2002. Brijet was pregnant with their first child when she required an emergency c-section and almost died during the birth. This really impacted Ray, and through his own words to the Sun Sentinel, “I’ve changed how I look at life in general.”

Brijet herself is a very talented dancer and choreographer and has choreographed dances in both Canada and the United States. She also has a charitable side, including helping to create the Love for Lokomotiv initiative last year following the plane crash that killed an entire Russian hockey team. No stranger to tragedy herself, she was not surprisingly quick to offer her assistance. 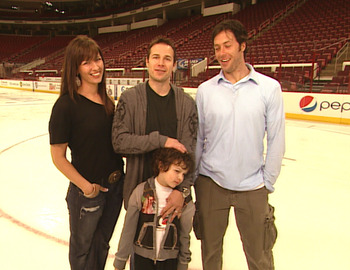