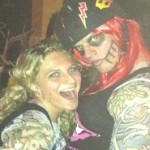 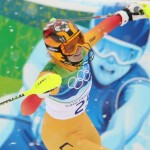 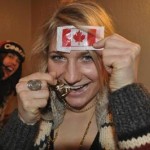 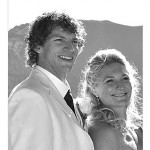 Spearheading Phoenix’s surprising run to the Western Conference finals is goalie Mike Smith. Seriously, the guy is stopping everything in site, posting three shutouts so far.

Smith is clearly a very talented goalie, and his wife is no slouch in the athletic department either. He is married to former Canadian Olympic skier Brigitte Acton. What’s that, you’ve never heard of her before? That is likely because her highest finish was 6th. Still, just making the Olympics is a huge accomplishment, and for that we give her props.

Smith and Acton met back in 2006 at a golf tournament hosted by Marty Turco, who Smith backing up at the time. In an interview with the Tampa Bay Times, Smith talked about their first meeting:

“She was playing in the group in front of me. I saw the blond hair and kind of gave her a hard time all day. She liked it. I don’t know why. … She’s a pretty good golfer. If I had her tee game, I’d be unbelievable. She can get off the tee, but her irons aren’t very good. I can’t get off the tee, but I can play with my irons”

Feel free to insert your own adult-themed joke here.

Smith, who is also Canadian, and Acton married on September 03, 2010 in Aspen, Colorado. The couple had their first child (son Aksel) in July 2011. 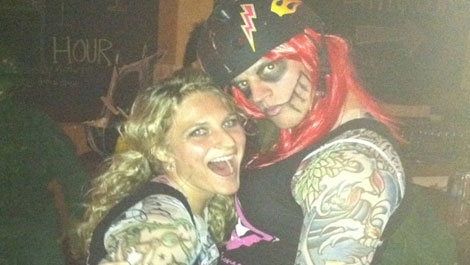