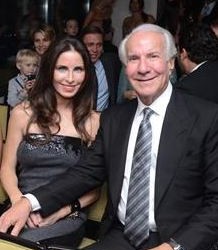 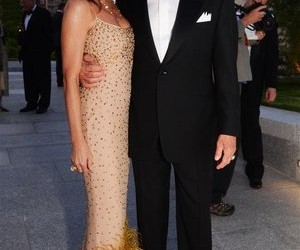 We received an email from Steve who wrote the perfect description for the pair, saying: Don’t know what the hockey term would be but seems like Ed Snider out kicked his coverage…” We couldn’t agree more Steve.

Glad to see Philadelphia Flyers owner Ed Snider could find some time in his busy schedule solving the NHL lockout to propose to his girlfriend of 8-months Lin Spivak. Not like the NHL is on the brink of collapsing or anything here. Ed you take all the time you want with this wedding and get back to your NHL duties whenever you’re ready, no rush.

I will give the old man credit for one thing, his proposal was real solid. I mean I guess if you have some extra cash laying around from not paying your NHL players you can make a few things happen. At dinner Ed got up from the table and excused himself to go to the bathroom, probably for the 8th time during the dinner so I’m sure Lin didn’t think anything of it. When Ed walked away the magic started. A group of singers approached Lin and started to serenade her with Bruno Mars’ “Marry You”. I’m still trying to figure out how Ed picked that song. I’m 31 and I’d like to think I know my pop music but I had no clue Bruno sang this song. So how did the 79 year old Ed Snider know the song? Think he had his staff at the Flyers find the perfect song for the occasion? I mean hell ain’t like they are doing anything right now, mind as well put them to work if he is paying them right? Also do you think he looked into hiring Bruno Mars to sing the song himself and thought you know, i spent enough on the ring, this might be a little too pricey for me.

So back to the proposal, when the song was done Ed returned to the table and dropped to one knee. Ed’s had a lot of practice at this whole proposal thing seeing that this will be his 4th marriage. Still for a 79 year old man I got to hand it to him, Lin is looking pretty good for 45. The good news is if the happy couple is looking for a venue for the wedding I’m sure the Wells Fargo Center has a few open dates. 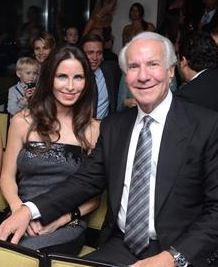