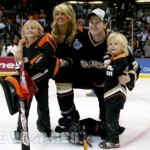 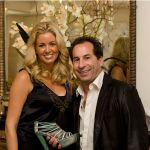 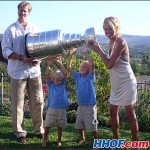 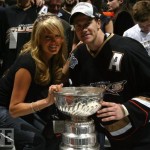 UPDATE: 02-22-2012: Speaking at the annual Flyers Wives Fight For Lives Carnival, Chris Pronger’s wife Lauren Pronger had some disheartening news about her husband. Pronger has been out since November with serious concussion problems and will not play again this year. Lauren reports that, “Unfortunately, I can’t report any major improvement. I certainly wish I could”. Concussions have become a huge focus of sports lately and Pronger certainly seems to be a case study on why that is. Here’s to hoping he improves, and quickly.

The couple has three children together, sons Jack and George, and daughter Lilah Marie. They currently reside in Haddonfield, NJ.

Chris Pronger was a member of the 2006 Edmonton Oilers who lost that year’s Stanley Cup to the Carolina Hurricanes. Only days after the Oilers loss, Pronger demanded a trade through his agent citing “personal reasons.”
Media outlets later reported that the trade request was brought on at the insistence of Lauren. These reports speculate that USA born and bred Lauren had a difficult time adjusting to life in the cold climate Edmonton, and begged for a change of scenery. The Prongers were traded to Anaheim days later. 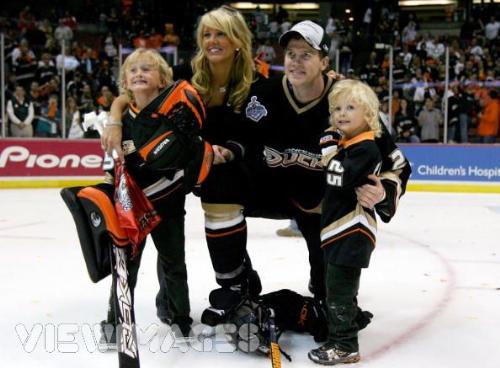