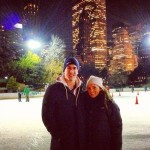 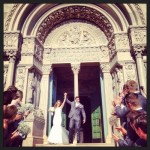 We’ve been doing this site for five full years now (hey, happy anniversary, guys!!), and it’s rare that we run into a wife this secretive.  The Rangers defenseman, and current Team USAer, McDonagh married up in the world, landing the former Kaylee Keys.  After dating for years, the couple finally tied the knot on July 19, 2013 after getting engaged in December, 2012.

Unfortunately beyond that, we’re kinda strapped.   The University of Wisconsin product, Ryan McDonagh left school after the 2010 season eventually joining up with the Rangers squad during the 2010-2011 season.  During his time with the Rangers, and during the lockout shortened season, the couple engaged.  During their engagement, they registered at the same stores that approximately 97.4% of marrying couples register at, Target and Pottery Barn.  Now for all those Ranger or Team USA fans out there, if you feel Ryan McDonagh deserves a gift for the hours and years of entertainment he’s provided you, you’re in luck.  Ryan McDonagh and his wife Kaylee McDonagh still have outstanding registry items.  The couple would love one of two new blenders, or even a salt and pepper shaker set.

Just sayin – there are options. 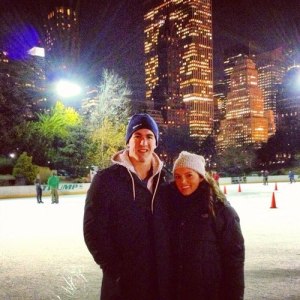