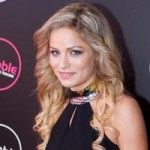 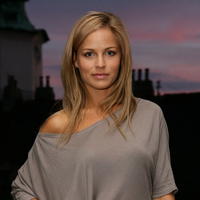 Hockey players are notorious for always being on the prowl to lookin for chicks, and Rangers winger Marian Gaborik is no different. Before we get to his current girlfriend, let’s take a minute to give Marian some props for his ex-girlfriend, Sonia Barcaja. Clearly from picture, Sonia is a looker but the back story of how they met and the hobby they share makes her even more of a winner in my book. Apparently Marian is a huge Go-Kart fan (think Indy car racing) and Sonia used to race in the Formula 3 series. They met via a mutual friend at a go-kart course and bonded immediately over the open car racing format.

The relationship didn’t last, however,… but don’t for one second feel bad for Marian after he broke is off with Sonia. Not only is Marian having a fantastic season and playoff run with the New York Rangers, but as you can see he’s also rebounded on the lady front very nicely. Currently, Marian Gaborik is dating Ivana Surovcova, a professional dancer from Slovakia. Ivana has appeared on the TV show “Let’s Dance” which from what I can find has to be similar to Dancing With The Stars here in the US. Ivana is widely regarded as one of the dancers for the show. We believe the couple met and started dating sometime in July of 2011.