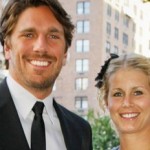 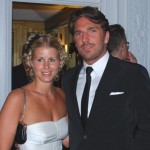 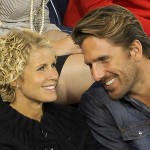 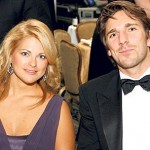 The couple has been dating since Lunqvist was still in Sweden playing for Frolunda. Most sources indicate that they became a couple in 1998. After breaking all sorts of Swedish league records in 2005, the Rangers made him their starting goalie and Therese followed him across the pond. Smart lady, as Lundqvist has since became one the best net minders in the league.

Given the amount of time the couple had spent together, lots of people were asking why they hadn’t gotten married. Lundqvist silenced all those inquires by proposing in late December 2010. They married in the summer of 2011.

The Lundqvist’s are expecting their first child in July. We’re sure the Bruins will gladly send him home from the playoffs early so that he has sufficient time to prepare for life with a kid… 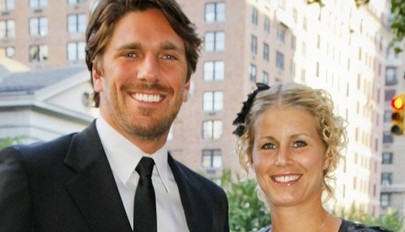