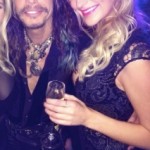 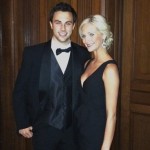 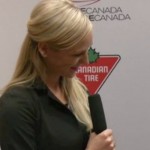 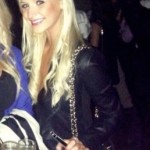 Folks, if you’re looking for a duo with a whole bunch of misleading spellings, look no further. It feels like the coupling of a figure skater and an ice hockey player, both from Canada, is the ideal relationship combination for those two professions, and Derick Brassard’s girlfriend Terra Findlay is indeed a former international figure skater. Three, count them: three misleading spellings in this couple.

Terra was born in 1990 and grew up slicing rings into the ice, competing in international competitions like JGP Belarus. She managed to get silver in the 2004 Canadian junior competition, silver in the 2008 French Junior Competition, and bronze in the 2009 French Junior Championship. So yeah, she’s done some stuff. She’s skated around in cool patterns and gotten thrown into the air. Now, at the young age of 24, she’s gotten herself a pretty solid gig as a broadcast journalist and production assistant at Skate Canada, meaning she interviews figure skaters and does color commentary during their routines on television.

I’ll give you one guess what she has in common with her boyfriend Derick. Ice Skates. They belong together because of the skates, see. Derick’s a center who grew up in Hull, Quebec. About the time Terra was doing some snazzy spinny moves on the ice, Derick was getting drafted into the NHL and being touted as one of the best skaters in the draft by central and international scouting. He plays about 16 minutes per game and put up 45 points this season. He’s supporting his club nicely this playoffs. Hey, they’re going to the Stanley Cup Finals so things are rolling right along. He’s good for 3.2 million bucks a year. He spends most of his money on exotic, spangled, bedazzled figure-skating outfits that he wears entirely for the sake of Terra, who insists on the attire. No I’m entirely joking, but can you imagine? 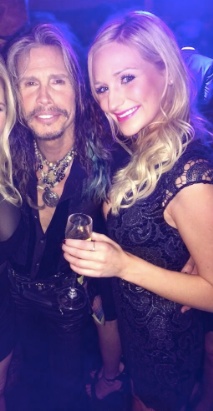