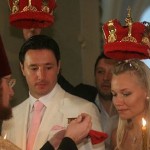 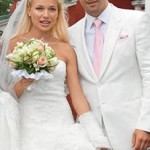 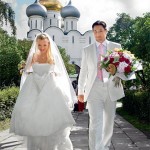 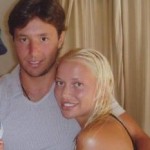 It’s not entirely uncommon for professional hockey players to marry women from their home country. Hell, it’s not only not uncommon, it’s actually almost a guarantee. With that in mind, it should be no surprise that Russian hockey star, and Devils winger Ilya Kovalchuk is married to Russian beauty Nicole Kovalchuck (nee Andrzajtis).

OK, maybe that’s not entirely fair. Nicole was actually born in Lithuania, though she is half Russian and both her parents still live there.

Nicole and Ilya met in 2002 after being introduced by mutual friends. Nicole was a well known singer in Russia as a part of the group Mirage, which was originally formed in 1987. The couple was married in 2008 at Church of Dormition in Russia. The couple chose this church for the nuptials after their first daughter, Karolina was baptized there in 2006. The couple now has three children: daughter Karolina, and sons Philipp and Artem, born in 2009 and 2010 respectively. The entire family had been living in the Miami area, but has since relocated to Hoboken, New Jersey to accommodate Ilya’s career. 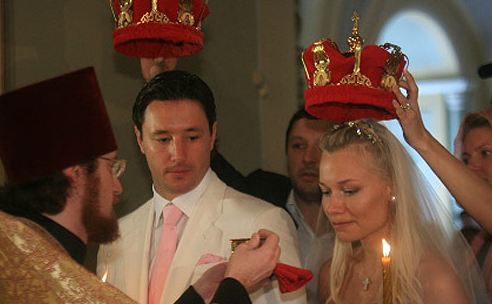