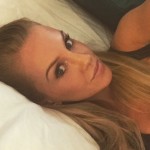 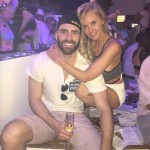 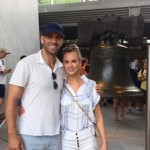 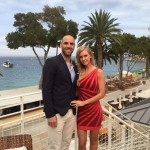 Eric Nystrom’s girlfriend Chelsea Nicole is yet another gorgeous blonde who looks fantastic in pretty much any setting. As with most young NHL couples without kids, these two travel and do a lot of cool activities. A good example is hitting up a boxing gym and doing a fitness workout there. Boxing gyms are great but they tend to intimidate people. A few months ago they were busy visiting Disneyland and soaking up some California sun. Shortly after that they hit up New York City and walked around Times Square (the Disneyland of NYC). Little known fact: it’s one of the most crime-infested areas in the entire city too.

Before their trip to Disneyland, Eric and Chelsea were enjoying the swimming pools in Las Vegas, where Chelsea also celebrated her friend graduating from nursing school. Before that, they were in Beverly Hills doing the posh thing. It goes on and on and on, people– they like to move around. I think it’s mostly the fact that they’re together that makes them travel so much because if Eric Nystrom’s girlfriend Chelsea Nicole wasn’t with him I don’t think he’d travel to all these places alone. Imagine traveling to Disneyland by yourself. That’d be pretty weird. Like, getting some stranger to take a picture of just you standing next to Donald Duck? Then you compose a large slideshow to display to all your imaginary friends.

Chelsea recently wrote a very touching anniversary message to Eric which I’m not going to repeat verbatim because it’s too long, but it did include her saying: “You work so hard each and every day to make me happy but you never remind me of that. I am always laughing when we are together. You love me the same way no matter who’s watching or how silly we look. You are my better half and the best part of each and every day.”​ There’s more before and after that too. I tell ya’ these kids and their Instagram anniversary messages– always fun to share with 5200 other people ey? 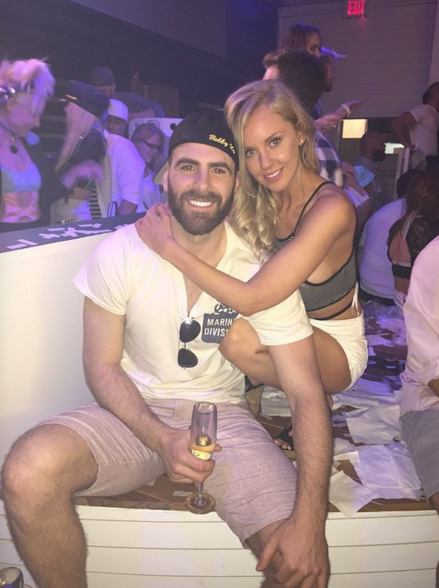