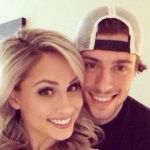 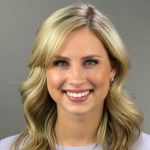 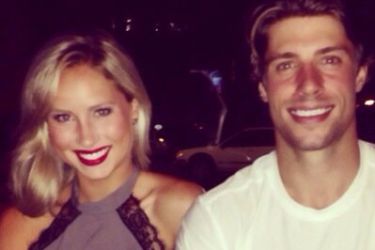 Craig Smith’s girlfriend Aleah Heinlein has a real-life job working for a public relations firm as a staff associate. That job title is a little vague, but the information on her company’s site says that she “provides support for a range of client teams, including national accounts such as the US Department of Labor’s Job Corps program.” Again, can’t really figure out what this means, but my guess is it’s something on the entry level side of things since she’s so young. The hierarchy chain in her firm is as follows: partner, vice president, senior account supervisor, account supervisor, senior account executive, account executive, assistant account executive, staff associate.

Aleah attended the University of Wisconsin in Madison and graduated in 2014. So she’s already hooked up with a cool job. She originally hailed from a town called Muskego in Wisconsin, about twenty minutes from Milwaukee. She originally wanted to be a sports broadcaster, and she looked up to Erin Andrews. She stated on her blog (which has a total of one entry) that her mother constantly listens to talk radio, and that has kept her up to date with current events. I shudder when I hear things like that because I naturally assume it’s propagandist radio, but hey we all need a little angry radio spew in our life. Craig Smith’s girlfriend Aleah Heinlein diverted her plan to become a hot sportscaster, but I still think she could easily become one. I mean, she’s better looking than Erin Andrews, and all she really needs to do now is just learn a whole lot about sports and then get good at broadcasting. I’m rooting for her because I have a crush on her.

Aleah also has a grand total of 10,889 “pins” on her pinterest account. That’s far more than I’ve seen from any other player wife or girlfriend. Her most pinned topic is “looks I love” with almost 5000 different items. Good lord does this woman know a lot about fashion. Forget being the next Erin Andrews, she could be the next judge on Project Runway. She pays a lot of attention to all kinds of styles, and she has a little comment for all of them. In the world of looking gorgeous, Aleah has got a lot of ammunition and knowledge. 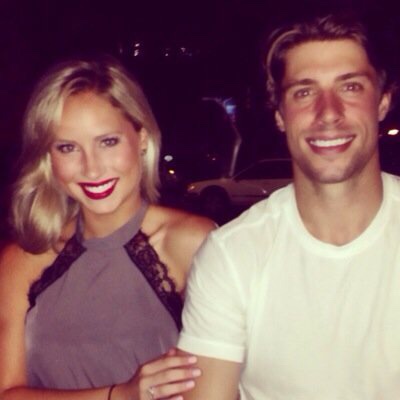