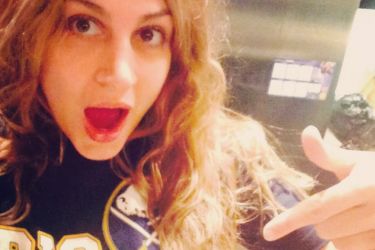 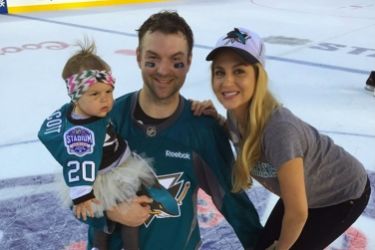 John Scott’s wife Danielle Scott is expecting twins during the voting process, and going to the All-Star game became a big deal for her and will help them support their family. So then the NHL, taken aback by having a nobody as the All-Star Captain, prompts his team to trade him to Montreal and stick him in the AHL. That makes the guy ineligible for the game. It was obvious to everybody. Nice work, you creeps! The fan backlash was swift and furious.

So now you’ve got the NHL back-peddling like one of the three stooges. Don’t forget the fact that being traded means you’re moving him and his entire family. That’s a major drag. Yeah, you can blame the fans a little, but it’s really the fault of the NHL. Anyway, they’re going to let him play in the game now.

John Scott’s wife Danielle is a really cool lady too. They already had two girls before the twins were expected. The girls’ names are Eva and Gabriella. Danielle and John met in college. She’s quoted as saying “Anyone who knows John knows that he loves to make people laugh so naturally he tried his humor to catch my attention, but he must have been nervous or I was super naive because it never really translated.” Ouch! Well, that’s not a ringing endorsement for young John’s courtship skills. It all worked out in the end. Danielle told a blog that he got her into a game of darts, won with three straight bullseyes, and within a few weeks had her “wrapped around his finger.”

Well, now he’s got NHL fans wrapped around his finger. The victim narrative is a powerful thing. Just remember we’re talking about an enforcer. He’s no victim. I like the guy a lot. What’s not to like? I like his wife even more. They got engaged at the tender age of 22. They’ve been married now for seven years. The fam’s getting bigger, and life is way more interesting. Danielle does a ton of traveling with John when she can. 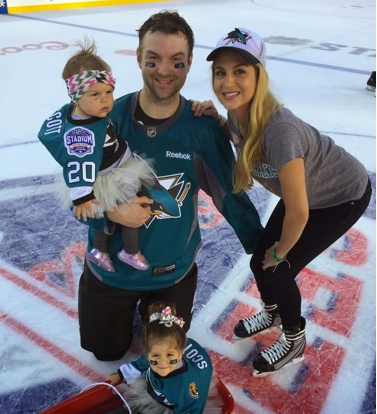