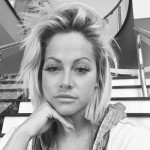 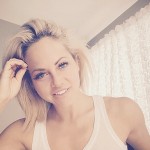 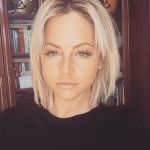 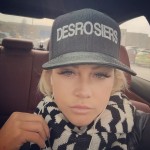 UPDATE 08-19-2015: David Desharnais and former girlfriend Cynthia Desrosier have been broken up for over a year and a half, per an email we received from Desrosier’s agent today.

Well, at least you can say that David Desharnais’ former girlfriend Cynthia Desrosier has a personality. It seems to be one of intense self-regard and vanity, but what’s wrong with that – the world needs people like that even things out, right? We are talking about someone who had a custom-made hat with her last name printed in bold letters. I think she’s funny; she says of the hat: “I’m proud what else to say.”

It’s also true that Cynthia Desrosier has some pretty intense opinions about the way others conduct themselves on social networks. Example 1: “When girls upload a photo of themselves in their bra and undies and write a massive inspirational quote– Are you on meth c*nt?” Yikes, okay. Well at least we know how you feel in that very specific instance. She also says, “The better I eat, the better I look. The better I look, the better I feel. The better I feel, the better I eat. I could get used to this cycle.” I’m not really even sure what that means, but I do know Cynthia is big time in nutrition these days. Here’s one more entertaining one: “Good men are hard to find because they’re not looking for you. They’re too busy building careers, they don’t have time to be patrolling Instagram, leaving supid ass emojis under your pics.” That’s probably true, but I’m pretty sure Cynthia would be bummed out if no men left any comments and emojis under her pictures. Imagine if every single one of her Instagram posts had no responses at all. I don’t think she’d like that.

One of the more charismatic things she posts is a picture of her small dog Romeo, who apparently sleeps with his eyes open because of the way his head is shaped. 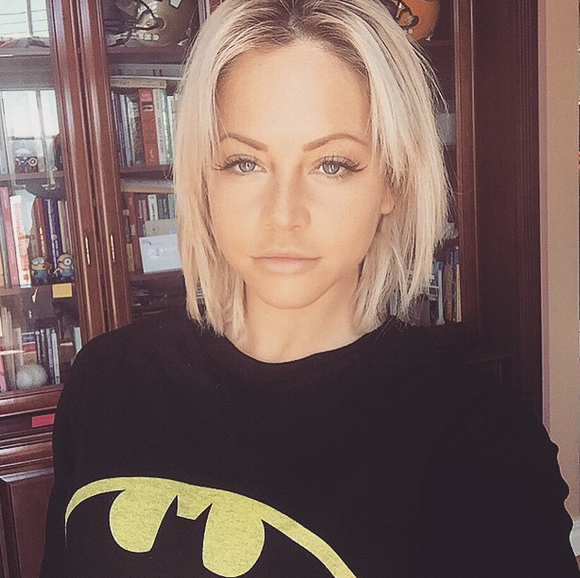