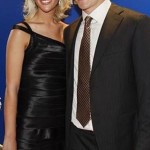 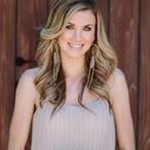 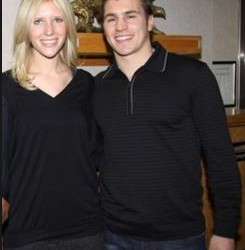 We’d like to issue an apology to all seven of our longtime readers, as well as Zach Parise’s wife Alisha Parise.
We’ve neglected Hockey WAGS for far too long.

With that, we’d like to introduce you to Zach Parise’s wife Alisha Woods Parise.  Zach and Alisha have been dating since college, and were engaged in August of 2011, shortly before the Devils kicked off their 2011-2012 training camp.   Just days after Parise returned home to sign with the Wild in 2012, the couple returned to Minnesota to get married in July 21, 2012.  Alisha is originally from North Dakota, who formerly worked in advertising and knows how to work the crowd.  In a cool note, the couple went pretty bare bones, and reasonable with their wedding registry, one of the most “of-the-people” registries for any sports couple we’ve ever seen. Seem pretty humble and down to earth to us.

On January 8, 2014, Zach and Alisha welcomed twins into the world, their first children,  Jaxson and Emelia. Alisha, Jaxson and Emilia  stayed home in Minnesota while Zach took the captain patch on his USA sweater and led the United States hockey squad to Sochi.  They take on Canada Friday, where the winner goes to the gold medal game. 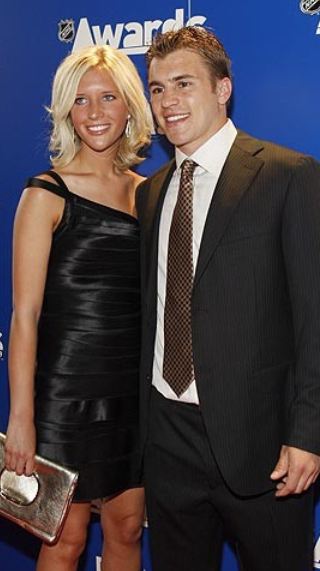