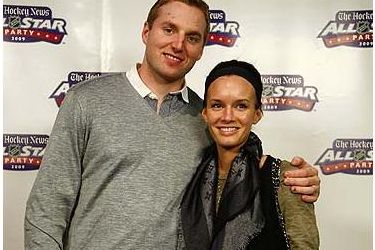 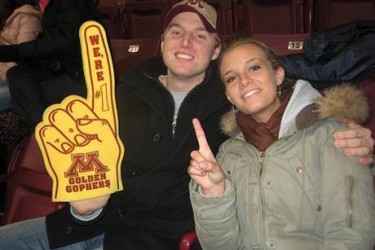 Thomas Vanek’s wife Ashley Vanek is thrilled that Thomas decided to sign with the Minnesota Wild and take less money than he could have had elsewhere. The guy inked a deal that’s still worth $19.5 million, so it’s not like he’s getting nothing. He talked about how it was really important for him to be around Ashley and their three sons in St. Paul, Minnesota. Obviously having set up shop already in Minnesota is going to factor into the decision in a major way.

Ashley is originally from the area and feels right at home there. I’m fairly certain she attended the University of Minnesota along with Thomas. However, I’ve got to tell you about something that happened outside of Minnesota: one of the the weirdest and most tragic things happened when the couple was living in Clarence, New York outside of Buffalo while Thomas was on the team. A passenger plane crashed a few hundred yards next to their house. According to Wikipedia, the plane was a Bombardier Dash-8 Q400, and it stalled out and crashed into a house (right next to Ashley and Thomas). The entire crew and all 49 passengers died as well as someone who was living inside the house. Four people inside the house survived. That’s pretty intense stuff. I don’t imagine Thomas Vanek’s wife Ashley Vanek wants to revisit that memory any time soon.

Ashley did give it a go when Thomas was traded to Montreal, but Ashley got tired of all the trades and set up shop permanently in St. Paul. Being away from his wife and kids affected Thomas, according to him, and he says his performance in the Stanley Cup series suffered because of it. As you might imagine, Ashley has more than enough to take care of with the three kids, and she’ll appreciate whatever help she can get from Thomas now that he’s back in town. 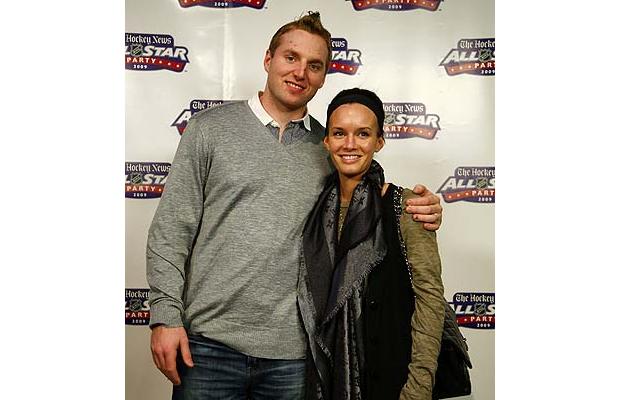