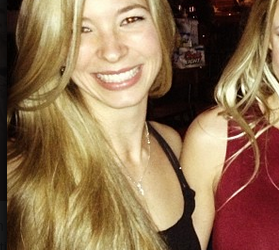 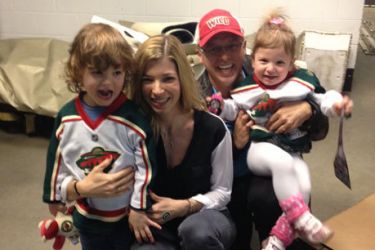 In an article in a Minnesota newspaper a couple years back, Jason Pominville’s wife Kim Pominville was briefly mentioned and described as an “acrobat.” This is the kind of description you don’t see every day when it comes to player wives.

Jason and Kim have had two kids so far. They’re named Jayden and Kaylee, and the Minnesota Wild once wrote a whole article about how they traveled to Columbus to surprise Jason after a game. I think those types of things are always nice for a player (especially when he’s traveling and has kids back at home). I think Kim spends the majority of her time taking care of their kids, and I haven’t found one mention of her on the internet as an acrobat outside the one article mentioned above. So this mysterious acrobatics act may just be a strange way to describe juggling two kids? Jason Pominville’s wife Kim Pominville appears with her big happy smile in every photo she’s been in with other people. She certainly seems to value her time with family and friends, and she is friends with a few of the Minnesota Wild wives.

The biggest adjustment Kim had to go through was a period of time where the couple moved a total of seven times in eleven months during the NHL lockout a few years back. This was not at all an uncommon thing at the time, but seven times in eleven months sounds brutal. Those moves included a brief sojourn to Germany so that Jason could keep playing during the lockout. That kind of traveling is less than ideal now since they have two kids and they’re getting older. The family does have an offseason house in Montreal, but during the season they live in Minnesota. That’s how it goes, but when all else fails you can just travel to the city the guy’s playing at and surprise him. 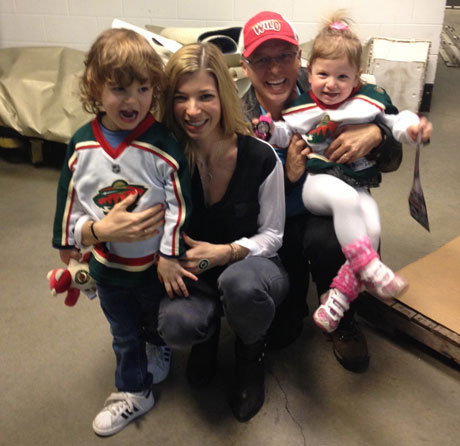