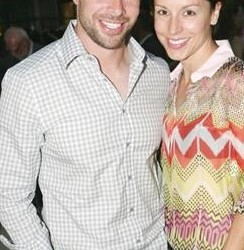 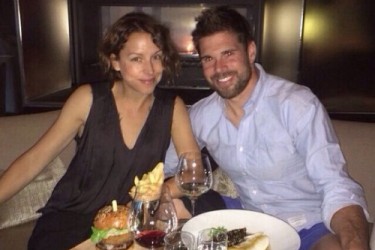 Celebrations with the Stanley Cup are getting increasingly creative. And while the associated pictures prove that point, Willie Mitchell’s wife helping pour a drink from Lord Stanley while posing on the top of a mountain may rank at the top of the cool list.

Willie and Megan Mitchell took the Stanley Cup to Willie’s hometown of Port McNeil, British Columbia for his one day celebration. The Cup flew on a helicopter, took a lovely paddleboat ride, took part in a ritual tribal dance, and hiked to the top of Mount Benedict. While up there, Megan helped Willie to down a celebratory bowl of bubbly. Maybe next they’ll hit up Bed Bath and Beyond,… if they have time.

Megan Mitchell is a Minnesota native, and married the denfenseman on August 17, 2006 in Napa Valley. The two met while Willie was playing for the Wild. The couple resides in Vancouver during the offseason, though a regular trip is made to Port McNeil. The couple has taken part in multiple fishing tournaments back home.

Willie is playing out his last couple years in the league, but he was a serious defensive force in his prime. He registered a 29 +/- back in the 2008 season (9th overall that year). If you’re interested in stats that almost no one understands, Mitchell has posted some very good defensive point shares in the past (3rd, 4th, and 2nd in ‘05, ‘08, and ‘11). In short, the defensive point share stat is not really useful in determining a player’s value, but it does exist and Willie did okay with it a few seasons. You’re not going to really see anything that sticks out at you on his stat sheet, but trust me, you don’t make $3,500,000 for nothing. He’s what a hockey geek would term a “defensive defenseman.” It’s like being an extra sloppy impressionist in the painting world. 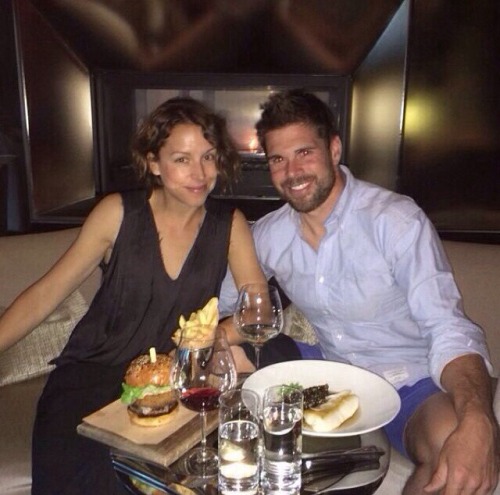