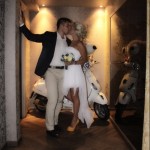 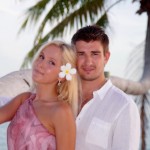 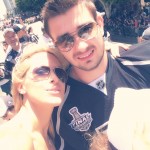 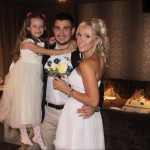 UPDATE 11/20/2014: Despite all parties seemingly wanting to avoid charges, Slava Voynov has been charged with a felony domestic violence in October.

Slava Voynov’s wife Marta Varlamova is the alleged victim in the attack which led to Voynov being charged with corporal injury to a spouse with great bodily injury. If convicted, the maximum penalty includes up to nine years in state prison.

Slava Voynov will be arraigned on December 1. The NHL has kept him suspended indefinitely while this plays out.

PlayerWives.com was contacted by Michael Walsh to clarify that Marta Varlamova is Slava Voynov’s wife, opposed to our earlier report showing that she was Voynov’s girlfriend. Walsh also reached out to the OC Register to update additional information:

The wife of Kings defenseman Slava Voynov, who has been accused of domestic violence, does not believe Voynov intended to hurt her and doesn’t want him to be charged with a crime, her lawyer said Saturday evening.
Irvine-based lawyer Michael Walsh told the Register that the woman involved in the incident is Marta Varlamova, Voynov’s wife, and that she desires to be publicly identified in order to clear up confusion and rumors regarding her identity.
Walsh said Varlamova is not granting interviews, but he spoke at some length about her mindset and what she wants to happen going forward. Walsh did not disagree with the assertion, presented by Voynov’s lawyer, that the incident was an “accident,’’ but also declined to go into specifics about the incident.

Voynov has been suspended by the NHL indefinitely while the legal process plays out.

After receiving a call to their non-emergency hotline with reports of a woman crying, police responded to the 800 block of Avenue C area in Redondo Beach, but were unable to find anyone. Later, the police received a call from Little Company of Mary hospital that they had treated a woman in the emergency room and that her injuries were possibly as a result of a domestic assault. After the officers showed up, they were able to determine that this was in fact the case, and they arrested Slava Voynov.

Marta Varlamova is from the same hometown of Chelyabinsk as Slava Voynov. Marta has a daughter from a prior relationship. The police report notes that, while no child was present at the hospital, a child was present in the home and that was part of their investigation. 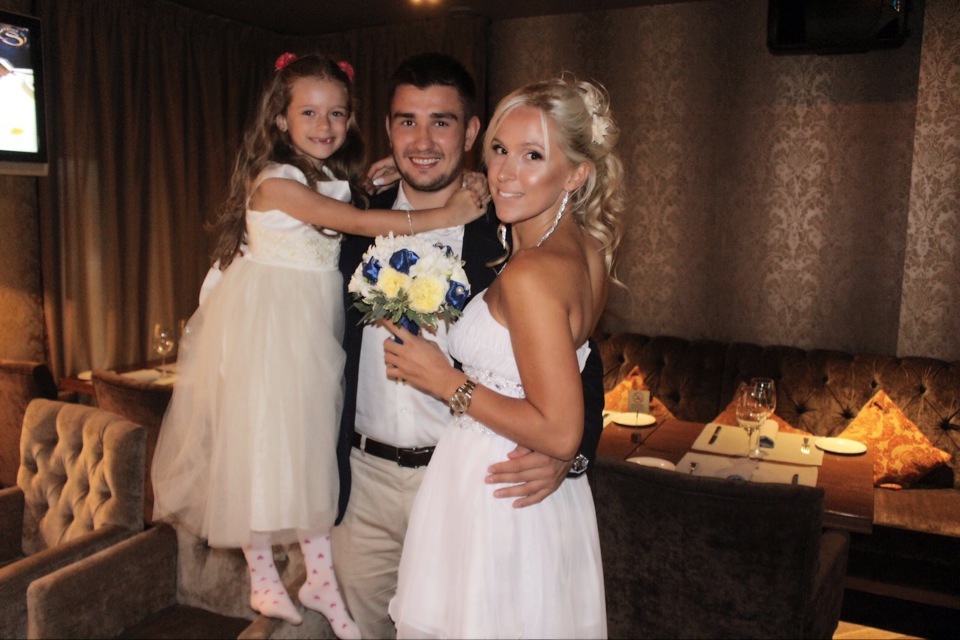