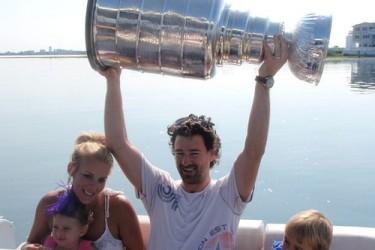 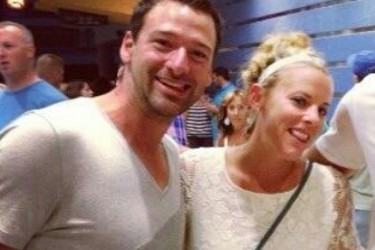 Justin Williams’ wife Kelly Williams has met the Stanley Cup just like he has. Back in 2012 when the Kings won the championship, the two spent their day with the large silver trophy on a boat. During their boating trip, one of their friends asked his girlfriend to marry him, and the moment was captured on video; complete with drunken screams (possibly from Kelly behind the camera). Anyway, Kelly and Justin would like to take another boat trip with ‘ole Stanley.

It could happen, but first Justin’s got to get his squad through arguably the best team in the league, the Blackhawks. Williams has been in the league for fifteen years, and he’s one of those guys that got drafted when he was eighteen. His wikipedia page describes his early years with the Flyers as “struggling to live up to expectations” from injuries, but come on– the guy got 46 points in his second season and had to get through a broken hand. Seems like a fine pickup to me. He’s also known in geeky hockey-stat circles as a “Corsi champ.” The Corsi rating is just another way of figuring out a player’s value.

Justin and Kelly have a couple kids and were married back in 2006. He’s got a short auto-bio on the Kings site about how he came into hockey and became an NHL player. Let me sum it up for you and spare you some time: “I grew up in a small town where everybody plays hockey, I played a lot of hockey, I got drafted.” Riveting tales! Guy makes $14.6 million over four years so that small town paid off. 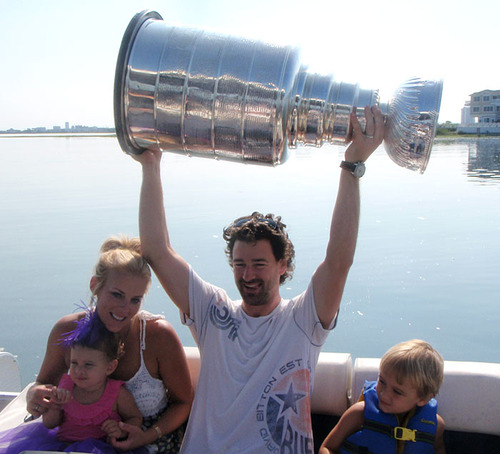