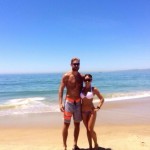 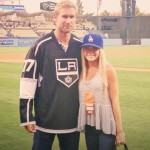 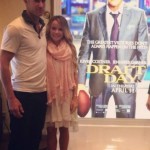 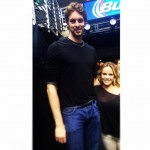 The big man in the middle, Mr. Jeffrey Carter. Jeff’s a known commodity. Get him on the ice, and he’ll make things happen. Jeff Carter’s girlfriend Megan Keffer is another one of those compassionate souls who help out dogs. There’s a lot of these ladies out there. I’m starting to think there’s a real correlation between women who date athletes and helping dogs. It’s a good thing though– no complaints!

Megan’s also got a good sense of humor. In one of her Instagram pictures with Jeff sporting a beard and the two of them in bathing suits, the caption reads “Did u know less than 1% of the world can grow a ginger beard… So I’m pretty much dating a majestic unicorn.” Good ‘ole Majestic Unicorn, Jeff Carter. Jeff signed an 11-year deal for 58 million bucks. Eleven years. I didn’t even know contracts could be that long, and then I found out that such deals were outlawed in 2013 shortly after the collective bargaining agreement ended. Apparently a lot of players got some huge deals. I mean, eleven years is pretty damn far into the future. Jeff Carter will be rolling into the Staple Center in a flying car by the time that thing expires.

As a matter of fact, this whole ultra-long term contract thing got to be a bit of a farce. Teams were basically adding fake years onto the back of contracts in what the league called “an attempt to circumnavigate salary cap restrictions.” Look no further than the curious case of Ilya Kovalchuk, in which the New Jersey Devils offered him a 17-year deal for $102 million. You read that correctly: 17 years. The league told them in so many words “c’mon guys let’s get real here, ey?,” and so they instead signed him to a 15-year deal for about 100 million. Then, the guy ups and leaves just under $80 million on the table and goes back to play in Russia, which apparently he wanted to do all along. According to hockey folks in the know, the Devils are much better off because of it. If you can appear in something like this, you may not fit in the NHL.

Where were we? The Majestic Red-Beard and his plucky assistant. Megan’s definitely a cool girl, and she goes to as many of the games as she can. She watches her man with her little dogs (the small annoying kind that snap at strangers) whenever they play away games. 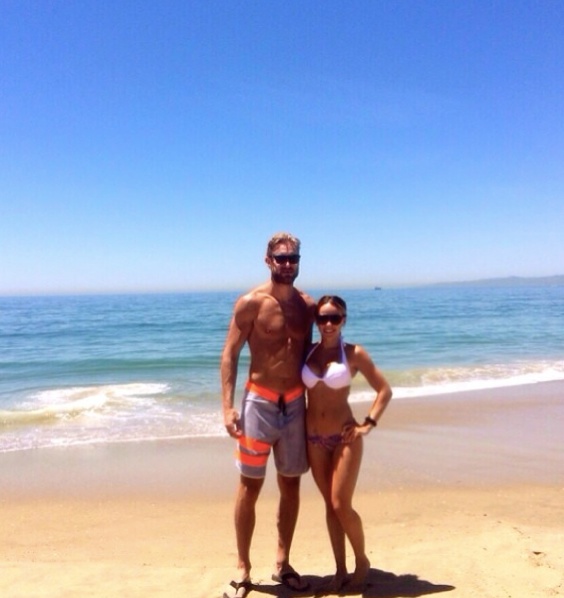