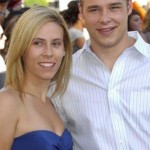 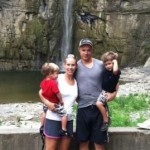 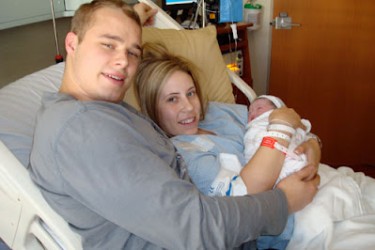 It’s been a long time since hockey mattered in Los Angeles. You can probably trace the mass fan exodus back to the Gretzky exodus, which is also the last time that the Kings ever really put anything resembling a decent hockey team on the ice. You could seriously argue that the LA Galaxy were more popular than the Kings recently. Slowly that is changing as the LA Kings are becoming “hip” again and a lot of that has to do with their captain Dustin Brown.

Dustin Brown has been a King since he was drafted by the team in 2003. By his side the entire time has been his wife, Nicole Brown (I know I know, strange name for the wife of an athlete in Los Angeles to have). Both Dustin and Nicole are from Ithaca, New York, where they first met at a hockey tournament in their home state. The two were just 15 years old at the time, but have stayed together since, surviving various stints with Dustin playing in the OHL, the AHL and the NHL. The couple currently has three children, Jacob, Mason, and Cooper. The youngest, Cooper, was born right before the Kings 2011 playoff run which lead to Nicole having to take care of a lot of the parenting responsibilities for the first few months. In an interview with the King’s website on NHL.com Nicole described the sleeping arrangements during that hectic period.

“I had to move into the guest bedroom with the baby so that Dustin could sleep through the night and not be woken up. It was hard not having help in those first few months.”

The couple continues to demonstrate a commitment to their community and to children. They are very active with the Los Angeles Child Abuse Prevention Center, and also hosted a golf tournament in April of 2012.

It wouldn’t be a hockey post unless Sean Avery was mentioned. One of Sean’s many stops in the NHL took him to LA where he was on the same line as Dustin. Dustin for those who don’t know has a lisp and that was a prime target for Sean to bully Dustin about. Now it’s one thing to bust a teammates chops, but in the least surprising development ever, Avery took it too far and took a shot at Nicole. Sean insinuated that Nicole wasn’t attractive enough to be a hockey wife which breaks every locker room code of conduct ever observed. Yet another shining example in a list of shining examples proving what a class act Sean Avery is,… though it might also help to explain why Avery is on something like his 12th team now (and probably never seeing NHL ice again). 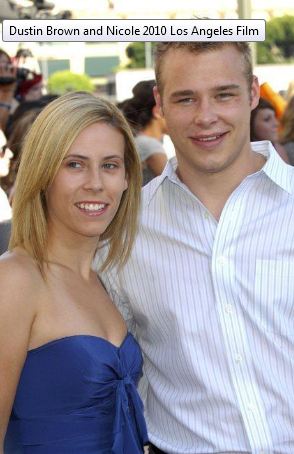