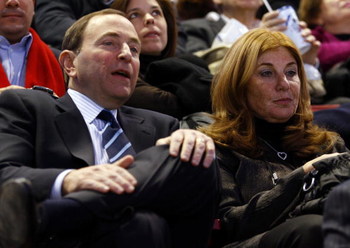 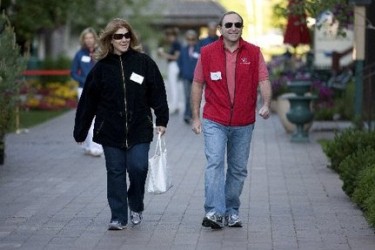 I mean there is no way, despite the position that Gary holds as Commissioner of the NHL, that is his wife is anything close to a looker. Anyone that has seen Gary knows he’s a midget that strikes quite a resemblance to the Count from Sesame Street. Well sure enough my expectations were confirmed. Not much to look at here. And you know what, I could care less. For the man that has and continues to destroy the game of hockey, I’m all for anything that makes his life miserable. I obviously don’t know that Shelli makes Gary miserable, hell the couple could be perfectly happy, but I think I speak for every hockey fan out there when I say I hope Shelli is a miserable bitch (again, this is for Gary, not for any hatred to Shelli).