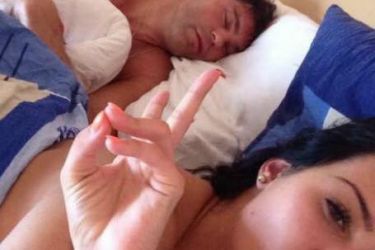 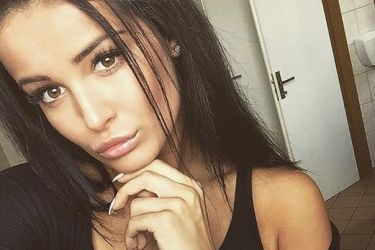 Okay, so Jaromir Jagr’s girlfriend Katka Provaznikova was apparently only his girlfriend for a night or two (if you can even call her girlfriend) In the morning she took one of those classic bedroom selfies and made a kissing face and a peace sign. The story goes that she then told Jaromir that if he didn’t give her 50,000 Czech Koruna (the equivalent of $2069) she’d post it on the internet. Jaromir responded, “I don’t care.” I don’t see why he would care. I guess if he was good friends with Katka’s actual boyfriend, Dominik Rudl, but that kid is 18 years old or something and Jaromir is 43. I doubt they’re too close. That Dominik kid isn’t even in the NHL.

The woman who for at least a few hours was known as Jaromir Jagr’s girlfriend is a weird chick, I think (please recognize how loosely we’re defining girlfriend here). She’s taken a bunch of professionally done photographs at a studio with her ex Dominik, and they’re really odd. A couple of them are her and Dominik in their underwear lying on a faux fur rug, and she’s got this self-serious, sort of angry look on her face. I think she wanted them to be sexy but she comes across as kind of dumb. In two others, Dominik is wearing some kind of social club formal suit coat, and she, again, is just staring at the camera vapidly. Then there’s this one of her and Dominik dressed in very bright casual clothes, and she’s making the exact same face she made in her selfie in bed with Jaromir. She strikes me as an odd bird. She doesn’t even seem like a very good model to me because she can only make one face, and I don’t believe in her energy on camera. She’s got to talk to Zoolander about using “blue steel.”

Anyway, Jaromir Jagr’s girlfriend (see there it is again – pesky definitions) met her actual boyfriend (no her ex) Dominik back in October of 2012, so they’ve had their fun. One could assume they broke up or had some huge fight and she banged Jaromir either to get back at Dominik or just to get with the famous guy. Who knows and who cares? Certainly not Jaromir. 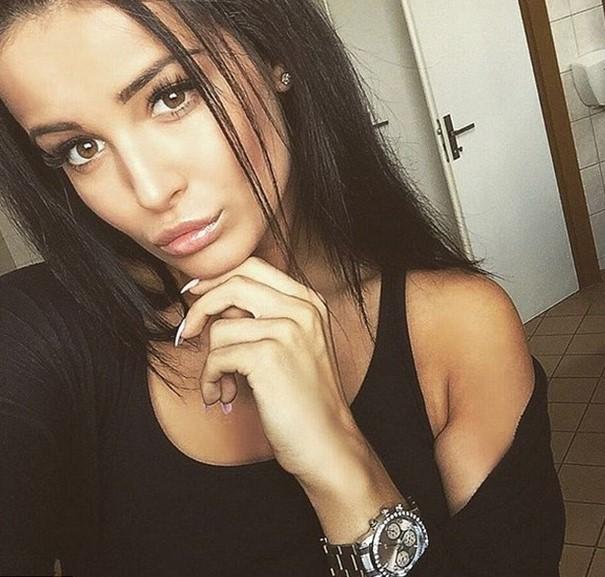