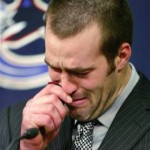 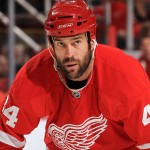 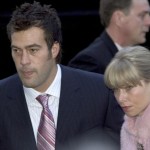 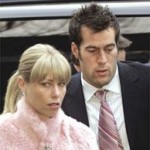 One would think that being married to a first round pick and a future member of Team Canada would be a dream come true for a girl. That would not be the case for Julie, the wife of Todd Bertuzzi. The couple married in 1996 right as Todd’s career was taking off. Everything changed for the couple in 2004. Todd viciously assaulted Steve Moore on the ice during a game and was suspended 20 games. Julie can be seen at Todd’s side during an emotional press conference. Things only got worse for Julie when she was named in a lawsuit by Steve Moore. Turns out Todd and Julie tried to pull a fast one by transferring the house they owned together to Julie alone, which is typically done when assets are being protected from lawsuits.

A Vancouver DJ named John Connors (no not the kid from the movie Terminator, I think) was fired after he made the following comment on air to his partner “Hey, you said you’d like to blank, blank, blank, Todd Bertuzzi’s wife.” 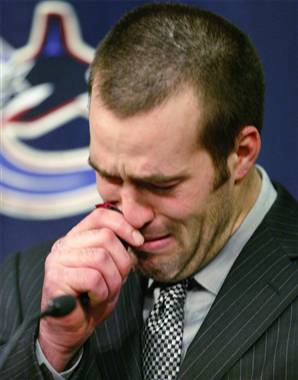