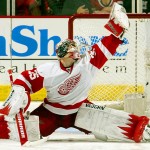 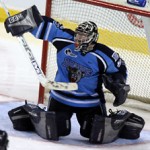 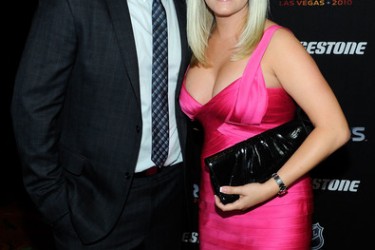 Being the starting goalie at Univeristy of Maine has to be like shooting fish in a barrel when it comes to women. Seriously if you’ve ever been to UMaine then you know exactly what I’m getting at (Editor’s note: He’s not kidding. I went to UMaine. The PuckSluts are a plentiful). Considering his rock star goalie status, it should come as no surprise that Jimmy was able to land a knock out like Rachel. Jimmy and Rachel met while attending UMaine, dated throughout college and early into Jimmy’s minor league career. The couple married in 2009, shortly before Jimmy took over as the starting netminder for the Red Wings. The couple gave birth to their first child less than a month ago, on October 23, 2011, son James Russell Howard IV.

I’m calling B.S. on the first part of this story but the second half seems totally believable.
When asked about every using his fame as a way to meet girls Jimmy denies ever doing it,… but did admit that it hasn’t stopped “Jimmy Howard” from scoring chicks. In college a teammate’s buddy told a girl he was Jimmy and took her home that night. 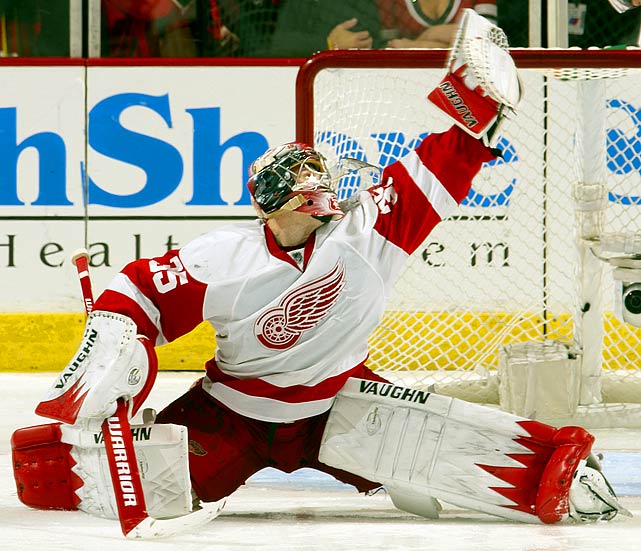