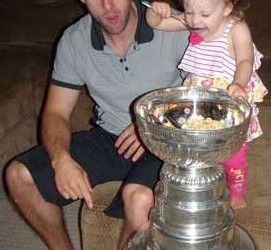 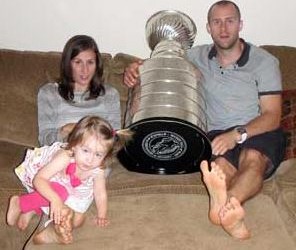 Difficult to imagine how the last hour has gone for Rich Peverley’s wife Nathalie Peverley.

During the first period of the March 10 game between the Dallas Stars and Columbus Blue Jackets, Peverley collapsed while sitting on the bench. The Stars frantically called for help and play was suspended with players from both sides surrounding the Dallas bench. Peverley was transported to the back where he regained consciousness, and according to multiple reports online, asked to get back into the game. He was transported to a local hospital where he is undergoing testing and observation.

Peverley sat out all of the preseason and the first game of the regular season due to a heart condition, reported widely as an irregular heartbeat. Peverley was dealing with the same issue last week, and was feeling strange and unable to fly following a game on March 3. He returned to the ice to play by March 6, on the same starting line with former Bruins teammate Tyler Seguin.

As we mentioned in the open, the last few minutes had to have been incredibly hard for Guelphe native Nathalie Peverly. It was difficult to determine what was happening during the game, with the broadcasters unsure exactly what was happening and who was involved. If Nathalie was in attendance, it’s very likely information was even slower to trickle out. The couple has two young children – five year old daughter Isabelle and almost two year old son Frederik.

In the right call by the NHL, after the 15 minute delay, the game was ultimately suspended until further notice. 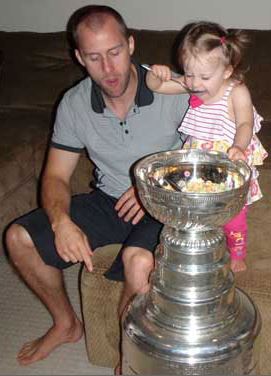