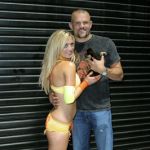 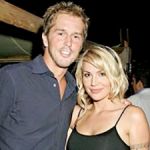 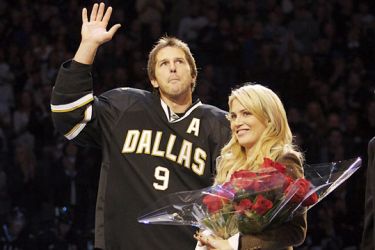 Mike Modano and Willa Ford are calling it splits. The all-time leading US points scorer in NHL history is apparently less charming without a day job, as just a year has gone by since Modano retired from the game. In a joint statement to people magazine, the two said,

“It is with great sadness that after five years of marriage, Willa and Mike have decided to divorce. They remain friends and wish each other success and happiness.

NHL players do all right for themselves.

Take Mike Modano for example. In the twilight of the impressive career, Modano hooked up with 90’s pop star Willa Ford. The two dated for a couple years before Willa Ford broke the news of their engagement in November, 2006, and the two were married in August, 2007. When Ford broke the news of her engagement to Modano, she admitted that he popped the question while they were in bed together in October, 2006. But like most men who would be able to get her in bed, promises were made that he wasn’t able to fulfill right away, as it took him almost a month to get the ring, and it was finally made official over Thanksgiving.

Ford entered the public eye in the late 90’s due in large part to her relationship with Backstreet Boy Nick Carter. At that time, she was a kid friendly pop artist. After a split with her record label, Ford re-entered the picture in 2001 with the sexually tinged singe, “I Wanna Be Bad.”
In 2005, she came back to the spotlight, hosting a MMA reality TV show, which led to her short romance with The Iceman, Chuck Liddell(which happened long before Modano was in the picture). She later went on to become a contestant on the disturbingly successful “Dancing with the Stars,” and has most recently played Anna Nicole Smith in a posthumous biopic about the model turned trainwreck. 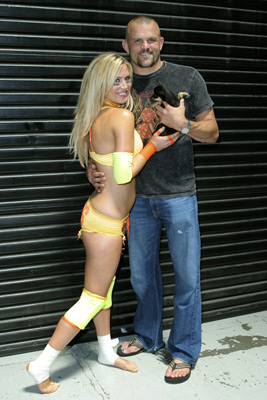