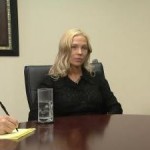 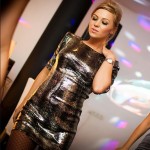 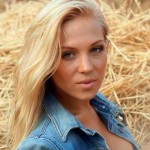 Colorado Avalanche goalie Semyon Varlamov has become a more prominent name as of late, and it’s not because of his play between the pipes. 2013 ended on a tumultuous note with most of the issues involving Semyon Varlamov’s girlfriend Evgeniya Vavrinyuk.

On October 29, Varlamov was arrested on suspicion of kidnapping and assault after he allegedly grabbed Vavrinyuk by the hair, knocked her down and kicked her in a drunken rage. Vavrinyuk told authorities that he told her in Russian that, “if this were Russia, he would have beat her more.” The incident is alleged to have taken place in the couple’s downtown apartment, and police noted that the 24 year old Vavrinkyuk was left bruised.

Prosecutors ultimately dismissed both charges, citing lack of evidence and an inability to prove the case beyond a reasonable doubt.

There’s virtually no information known about Vavrinyuk. The couple had dated for about a year before the most recent incident, which Vavrinyuk claims was at least the fourth time he assaulted her, though others took place outside the country, where authorities were unconcerned with domestic incidents. All of her interviews with police were conducted through a Russian translator provided by her attorney. Vavrinyuik did speak to reporters after the incident and candidly walked through the entire ordeal and painted a harrowing portrait of how things unfolded.

“He was having a lot of fun, he was laughing. He has no concept of when to stop drinking, and when he drinks he turns into an animal. . . . In [Russia], he beat me often. The police came multiple times, but he was never punished for it. Nothing was done about it. There were witnesses, but nobody took it seriously. . . . We went to the Maldives in June. He had a lot to drink there. He tried to drown me. He grabbed my hair, beat me up. I had a concussion . . . I was lying on the ground. He grabbed a huge bicycle and began beating me with it. . . . I want everyone to know what he’s capable of. I want people to know his real face.”

In the same press conference, Vavrinyuk said she felt comfortable finally coming forward out of faith in the American laws, and ability to protect women’s rights. While the charges were ultimately dropped, her allegations have brought character questions into light.

Some, however, do not see the former charges levied Varlamov as cut and dry. A Russian politician has alleged that this was a motivated ploy by United States officials to weaken Varlamov in advance of the Sochi games. Varlamov has played internationally for Russia in the 2012 World Championships is a likely candidate to be the starting goalie for the hosting country. Igor Ananskikh, a State Duma deputy told Voice of Russia,

The situation is really strange, given that the Sochi Olympics will take place soon and Varlamov is a candidate to become part of our national hockey team which we do count on. What about presumption of innocence? It’s not normal at all. Varlamov will fall out of the training process which will have an impact on his readiness before the Olympics in Sochi. The first thing that comes to my mind is that it is an effort to weaken our national team.

The Russian national hockey team will be announced shortly, and we fully expect Varlamov’s name to be among those donning the home jersey. We’ll keep an eye out. 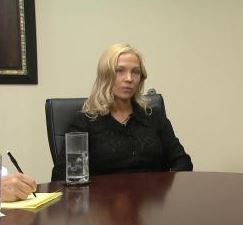