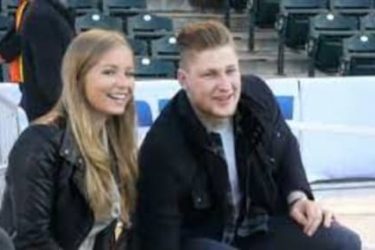 One of these infamous mystery relationships

Well, sort of.  You see, Nathan MacKinnon’s girlfriend does seem to exist.  There are pictures that indicate proof of it.  Charlotte Walker is arm in arm with one of the brightest players in the league.  But, beyond that, the trail runs mostly cold.  Earlier in his career, Nathan went the celebrity route.  He previously dated Vanessa Morgan.  Morgan is a Canadian actress, best known for her work in Riverdale.  They dated for a couple years before calling things off in 2016.  Vanessa also dated actor Mauro Chambers in 2008, and White Sox fireballer Michael Kopech.  Her relationship with Kopech lasted a couple years, ending in 2020.

But, as Nathan MacKinnon’s girlfriend Charlotte Walker, well… that’s about it.  There are rumors on the internet these two began dating in 2016, and that they’re set to be married.  But neither of those rumors can be confirmed or debunked.

Head over to his Instagram.  IG Profiles are always a gold mine

Yeah, nothin.  Seriously.  Like less than nothing.  As of posting this, Nathan has 8 posts for his quarter million followers.  Six are hockey pics.  One shows the Nova Scotia flag to support the community following a deadly mass shooting.  And one is of him and Tyson Barrie having a glass of wine.  Yup.  That’s the entire IG profile.  Thanks, Nathan.  We still need another 80 words on this post.

We think we found Nathan MacKinnon’s girlfriend on Instagram.  Key word think.  But, as you’d expect, it’s private.  Her 400-ish followers are the only ones privy to that information.  As for Twitter, TikTok and SnapChat?  Yeah.  The same end result.

So, how do we wrap this one up?  Well, we’ll go back to the tried and true facts.  Nathan MacKinnon plays hockey for the Colorado Avalanche.  He’s very good.  Said very good hockey player has dated famous women in the past.  He appears to be dating a woman now, but keeping all the details private,  Private couple keeps private information away from semi smut bloggers to fill their 350 word quota.  And that’s a wrap.  Sorry we couldn’t do more for you, but if anything ever does come out – we’ll be here.

(But let’s be honest.  Nothing is ever coming out) 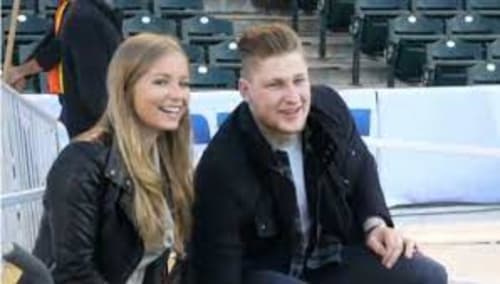