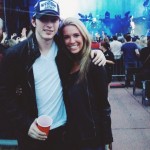 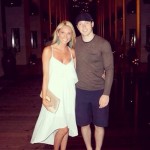 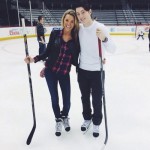 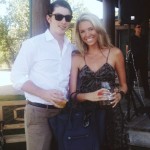 Some athletes have got to pinch themselves to check and see if they’re dreaming. Not only is Matt Duchene’s girlfriend Ashley Grossaint a babe, but he’s living the life that he always dreamed of. Okay, so he hasn’t skated since late March after he injured a ligament in his knee. He’s still psyched about playing for the Avs and having a generally cool life.

Duchene’s an Ontario native who grew up a huge fan of- guess who- the team that drafted him! He’s said in an interview that he worshipped Avalanche players Joe Sakic, Pete Forsberg, Adam Foote, and Patrick Roy when he was a kid watching them on television. Well that’s a good thing because Patrick Roy is now his coach, and Duchene still loves the guy. Matt signed a $30 million-dollar contract extension in July of 2013; cause to celebrate with Ashley that night with a nice dinner. Ashley herself has done a bit of modeling, specifically for Rocky Mountain Bride Magazine winter 2012 edition. She’s on the cover wearing both a wedding dress and a skiing parka, holding a snowboard. No skates, Ashley?

Matt is also known as a generous guy. In an interview, he mentions that she once bought a signed Bruins jersey at an auction for an eleven year-old who’d been having trouble at school with bullying. I’m hoping that means she wasn’t the actual bully and that the hockey jersey wasn’t meant to refine her enforcer image (probably not). He also helped raise money for his hometown which had suffered a pretty severe flood.

On the ice, Duchene is known as an all-arounder, and that landed him 3rd in Calder voting for rookie of the year back in the 2009-2010 season. He also became an All-Star in 2011. Averaging a point a game this season is not too shabby either. Everyone’s hoping he can get back out there to help his team advance against the Minnesota Wild and into the next round. 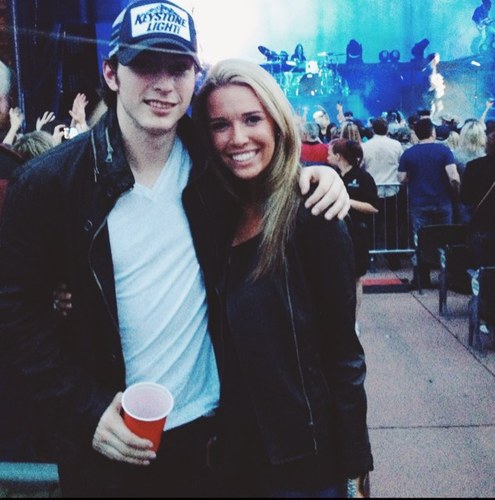