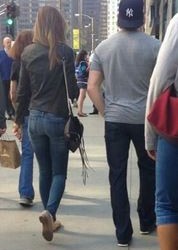 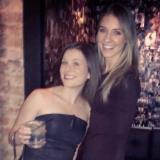 Patrick Kane’s girlfriend Amanda Grahovec has done an impressive job keeping details about her minimal. If we see the couple celebrating with Lord Stanley’s trophy in a couple weeks, we’ll be sure to pass along more.

Patrick Kane leads the life every 20-something single man envies. Kaner embodies everything single guys want to be: a young, rich hockey player, who also happens to be just about as close to royalty as American athletes gets in a hockey obsessed city. Kane leads the Blackhawks into their second Stanley Cup finals in four years, where the Chicagoan hockey god, also happened to notch the Cup clinching OT goal in game 6 of the 2010 series.

Kane has been living the good life as any 25 year old should. As such, our pursuit to find out information about his dating life has turned up a ton of gossip on quick relationships, and one night stands. However, Kane’s mid twenties seem to have conjured up ideas of settling down as we recently got wind of Patrick Kane’s girlfriend Amanda Grahovec.

We first heard that Kane had a girlfriend when Kane talked about an unidentified girlfriend in the 2013 Official Blackhawks magazine. Barstool Sports ran with it first and brought the mystery woman to light, when other sites went running to find out the name. While never officially confirmed, the name Amanda Grahovec has been recently identified as Kane’s girlfriend, dating since mid 2012. 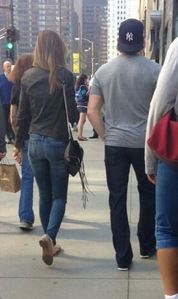