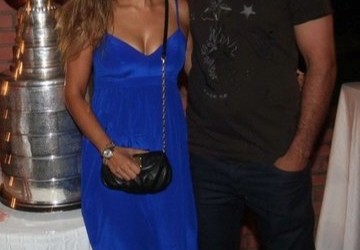 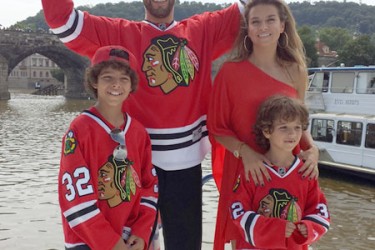 It’s every Czech’s dream to get drafted into the NHL, travel to wonderful Chicago, and skate around turning over the puck every once in awhile. Young, old, man, woman, skinny, fat, and everyone in between. They all look up to the starry Czech sky, and every constellation is the Stanley Cup. Okay, most of that’s not true, but it was true for one young man growing up in the late 80’s, listening to Murray Head and practicing dramatic skating moves. That man is Michal Rozsival, and Michal Rozsival’s wife Jana Rozsival watched him achieve NHL success.

Well, Mr. Rozsival may have made it to the big show, but he’d recently been yanked in the last couple games against the Wild, both of which the Blackhawks won. He was replaced by Sheldon Brookbank in these games. This was probably due to Rozsival’s -1 rating and turnovers. He’d been quoted in the Chicago Tribune as saying, “You want to be in, especially in the playoffs. Obviously (Quenneville) felt like this is something that’s going to spark your team and I guess it did. We won two in a row and the series.” He doesn’t need to worry now, because he played a good 17 minutes in the first win against the Kings. He managed to get 3 blocked shots and only one giveaway.

Jana herself is a housewife raising two kids. The fam recently took a trip to Prague to enjoy ridiculously cheap beer and walk around in Blackhawks jerseys in the summer. Fellow Czecher Michael Frolik is one of Michal’s pals, and he’s played with Michal on the Olympic team as well. Frolik is one of the only quality guys that’s reasonably young on the international squad. This may prove a problem for CR as all their best players age out of competition. Too many Pilsner Urquells destroy dreams. 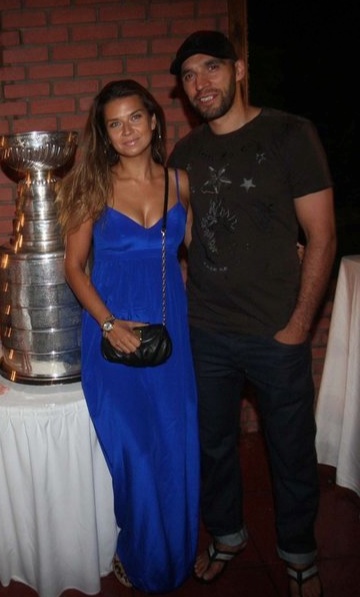