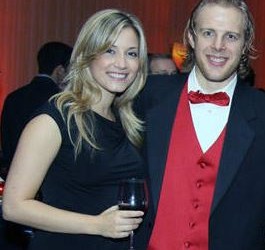 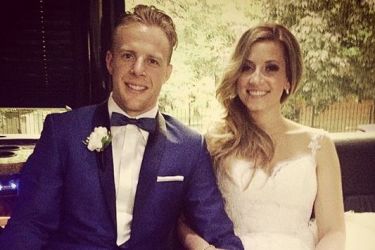 I ran across a solid piece of what could be called fan fiction about Kris Versteeg’s wife Brittany Versteeg. It was written back around 2010 after the Blackhawks won the championship, and it describes a scenario where Chris Versteeg went off partying to celebrate the Blackhawks win, passed out in a pool of his own vomit, and was then saved by Brittany. Brittany has to describe this to Chris because he doesn’t remember any of it. It’s not a bad premise for creative writing, but none of it is true.

Brittany ended up marring Kris just last year, and the wedding and reception looks like it was a pretty regal event. I can tell you pretty much all of Kris Versteeg’s wife Brittany Versteeg’s professional past as well. I think she may not work any longer, but from 2010 to 2014 she was working as a recruiter at a Toronto firm called Head 2 Head. Her resume is somewhat difficult to understand because it’s written in the kind of ultra-professional style that abstracts what she actually did, but the gyst of her job was judging what job candidates were most qualified to get hired to other firms. Before that she was an HR assistant at First Health Care in Markham, Ontario, and before that she was a personal trainer in Whitby, Ontario. She went to the University of Western Ontario, got a bachelor’s in Health Sciences.

Well, I think all of that is pretty much out the window now. Getting married to a professional hockey player will sort of blow up your professional ambitions if you let it, ladies. That’s what I’ve observed. Still, I think a baby is not too far off in the future. That’s sort of how these things tend to play out. Brittany always looks like she is having a good time in the pictures with Kris. They’ve been photographed skating together at the United Center and pinned up on the official Blackhawks Pinterest account. 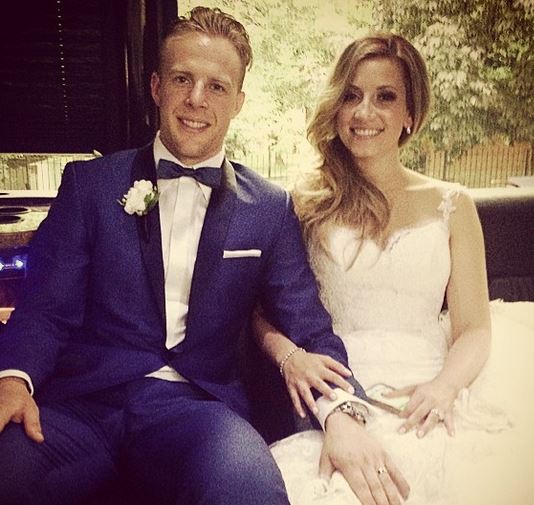