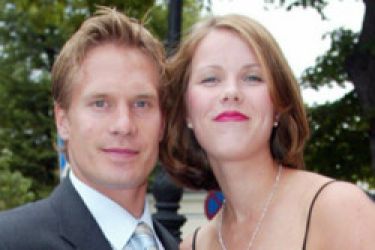 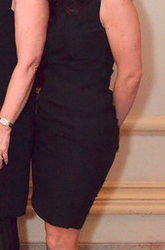 Kimmo Timonen’s wife Tanja Johanna Timonen ​is another one of those hard-to-track-down Finns. ​Unlike Swedes (who tend to show up on social media) Finnish wives can be tougher to find mention of. ​At first, I thought she was from Helsinki originally, but in truth I’m not entirely sure where she hails from in Finland.

Kimmo and Tanja h​ave three kids: two daughters and a son​. Their daughter ​brought Kimmo in for show and tell after he won a medal in the Olympics. I don’t know what ​the living situation during the season is like, but it can’t be too easy with little kids. Since Kimmo has only recently been applying for a green card, I don’t know that Johanna is anywhere close to being a citizen. She could just be coming over briefly during the season with the kids, but that doesn’t quite make sense since they have a son who’s 16 years old, and his schooling would get all messed up. They might just park themselves in Finland year-round and wait for Kimmo to get home, but I sort of doubt that. They probably take up residence somewhere around Philly during the season. Kimmo Timonen’s wife Johanna Timonen told him during his blood clot problem that he knows his own body and whatever decision he made would be fine.

​Kimmo Timonen’s wife Johanna Timonen stays pretty much completely out of the spotlight. The only event I’ve seen her photographed at was one of those Flyers Fashion Shows nights where the wives and girlfriends dress up and parade down a runway and somehow make money for a foundation of some kind. She didn’t even take pictures with the proper wives; I think she was snapped with some of the wives of management and front office, but I get the vibe that it wasn’t really her thing anyway. 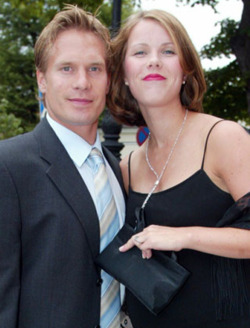